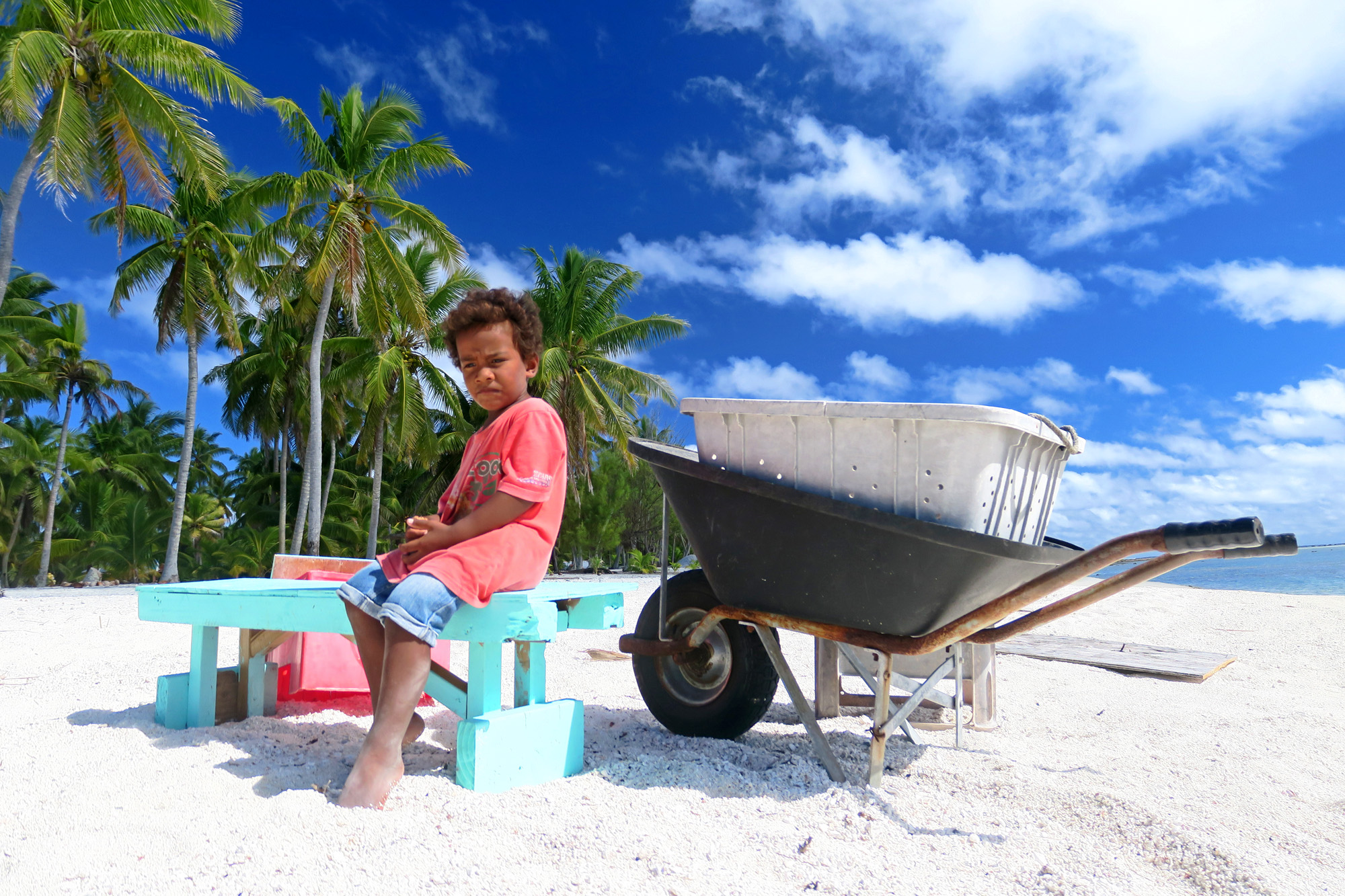 One island, one family

Festive days are behind us—the days when we usually spend more time with our family and perhaps even take some time to visit relatives that we haven’t seen since last Christmas. Some people enjoy being in the extended family circle, others less so, but we all probably find it hard to imagine moving to a deserted island in the middle of the ocean with our relatives. Can you picture sharing your life only with people you are blood-related to?

In the middle of the vast Pacific, far away from everyone and everything, lies Palmerston Island that is in fact inhabited only by one extended family. The coral atoll was uninhabited until the middle of the 19th century when an Englishman by the name of William Marsters moved there in the role of the island guardian. He brought along his wife and two mistresses. He split the island into three areas, with each branch of the family (i.e. wife) getting one area. William had 23 children and they soon started to reproduce. Today, there are over a thousand Marsters all over Oceania and about fifty of them still live on the paradise island of Palmerston.

The population of the atoll doesn’t have much contact with the outside world, as they don’t have an airport and are separated from the nearest island by 200 miles of the Pacific Ocean. The only ones who visit them occasionally are sailors. We, too, stopped there on our way from French Polynesia to Tonga and gained some insight into their unusual life.

Rick was immediately invited to go fishing while they suggested that I go to see the school. I was walked there by one of the youngest members of the large family, five-year-old Henry. The island school consists of two buildings; one for the youngest ones and the other for children aged between 12 and 14 years. Altogether, there are a bit over twenty students, so almost half of the population. I found the classroom for the older pupils the nicest: it doesn’t have walls, only a roof to protect from the rain. This allows pupils to see the blue sky and listen to palm leaves rustle in the trade winds during classes.

While younger pupils loudly practiced reading, teenagers attended a practical class where they made wonderful pendants out of pearl oysters.

Walking around the village, I immediately noticed there are no cars on the island. They don’t really need them because the island is so small. The Marsters use bikes and motorbikes to get around on land and aluminium boats to travel by sea. These boats are too small for the long journey to Rarotonga, the capital of Cooks Islands, so the passing ships are the only option for a short or long “escape” from the island. However, there’s not a lot of traffic in this part of the ocean—only a couple of ships per week travel past Palmerston. If anybody urgently needs to get to the hospital, they will probably have to wait a couple of days for the transport.

There are also no shops on Palmerston. When they need something, they call a shop on Rarotonga that loads the cargo onto the next ship. Every three months there’s a big celebration on the island, when the ship delivers the long-awaited goods and takes away fish-filled crates. The money moves around Rarotonga and actually travels past them—buyers of the fish make the payments to the island’s bank account and then the money is transferred directly to the account of the shop. Sometimes they even arrange things in such a way that the restaurant buying their fish pays their shop invoice.

We only stopped at Palmerston for three days but those were enough for us to sense numerous tensions between the different branches of the family. Living so closely connected with relatives is probably not very easy. Maybe that’s also one of the reasons why a lot of young people move away soon after reaching the age of majority.

“I don’t like Rarotonga one bit,” said Bob, the mayor, during lunch. “You always need a wallet in your pocket there, you’re nobody without money.” On their island, on the other hand, coins and banknotes are actually useless. Children are taught from an early age that they have to make most of the objects by themselves, from furniture to fishing gear.

While we were waiting for the fishermen to return from the coral reef, I started chatting with a teenager who was sitting under a straw roof.

“Nothing,” she assured me without lifting her eyes from her smartphone (they do have internet, though!).

“Really? Nothing at all? What about social life? The cinema? Shops? More friends?”

Then she finally looked at me, thought about it seriously for a few seconds and then answered with conviction:

“I have enough friends here.”

The modern Westerners’ ailment of constantly missing something has obviously not sailed into these parts yet. I hope for them that it never will.