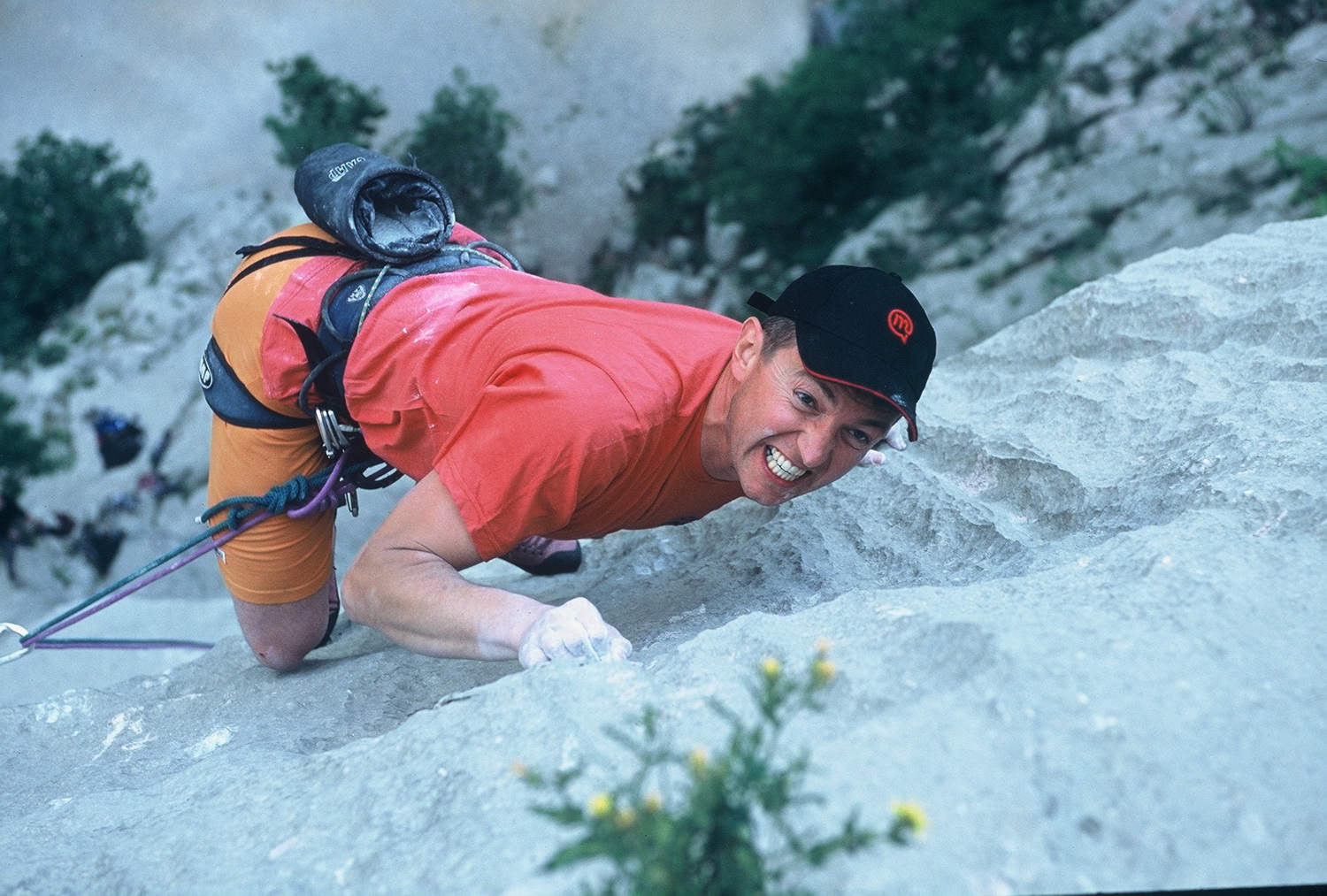 In two days, on the 10th of November, exactly ten years will have passed since Tomaž Humar was fatally injured in the Himalayas. Incidentally, he would have also celebrated his 50th birthday this year. I can say that I was immensely honoured to be able to spend time in his company, and that he also taught me a whole lot. Not when it comes to tolerance or serenity, though (which were, after all, two of his personal qualities the public saw most often!), but quite the opposite. Despite the fact that I already knew a lot about that, Tomaž taught me another lesson on dedication, unrivalled “craziness” and the immense amount of willpower it takes to achieve our objectives, regardless of how far away and unreachable they may seem. Recently, I stumbled upon the following text I wrote on my birthday, under the mighty wall of Nanga Parbat where I had the honour to be a part of Tomaž’s expedition. Tomaž, thank you again for that!

When we were kids, friendship books were all the rage. I don’t know how this is done now, but back in the day, they were beautifully decorated notebooks that we only gave to our best friends who could then decorate their pages with flowers, birds, and uniquely coloured pages, adding a thought or two from the heart: poems, good wishes, and the hope that we’d never forget each other, with a little hint of confidentiality and an almost tingling sense of secrecy. In our childhood naiveté, we were sure that this was how it was going to be forever. Childhood wishes for little kids ...

Some time ago, while I was cleaning dusty boxes in the cellar—the ones you only clean when you're in a really foul mood—I found a tattered notebook, wrapped in faded Christmas paper. I didn’t have to look twice to know exactly what it was that I had found. My friendship book! How long has it been since I last held it? Twenty years? Thirty? I couldn’t even remember anymore. I opened it and started looking through its pages. At a certain point in the book, the pages unfolded on their own, revealing a set of yellowed photographs, surrounded by beautiful penmanship cursive written in old-fashioned ink.

The memory of our early childhood is much clearer than the memory of everything else that happens to us after that; I didn’t even need to read the words, since I remembered each and every one of them, clear as a bell. Only one crucial change had happened in the entire time that my friendship book lay  untouched in the cellar: the power of the written word was completely different than way back when us kids were exchanging our friendship books, shrouded in mystery, with each other.

I still don’t know why, many years ago, I gave my half-empty notebook not only to my little friends but also to the mountain climber Marjan Keršič - Belač, who was a good friend and co-climber of my father and who had just returned from the first expedition into the mountain peaks of Trisul in the Himalayas, organised by Slovenian mountain climbers in 1963. When I got the book back, I was a bit surprised. Next to some photographs from this expedition, he had written the following words:

I hope you won’t mind that I didn’t draw flowers, or dwarves surrounded by toadstools and little rabbits in your friendship book. If you ever remember me years from now, I hope I’ll come up in your memories as the former co-climber and good friend of your father, who climbed many of our mountain peaks together when we were boys. Unfortunately, I was the only member of this generation of mountain climbers to have seen the most cherished wish of these carefree days come true: I was a member of the first Yugoslav expedition into the Himalayas, destined to climb the unconquered peaks of Trisul.  Here, I entrust you with some treasured, original photographs from that expedition, for you to remember “your uncle” Marjan by. Such exploits are not something one can achieve without first having to overcome major struggles and practice self-renunciation; of course, one also has to be extremely healthy and have a whole lot of luck.

Let my adventures be a lesson in what you can achieve through perseverance, pig-headedness and, most of all, an awareness of what you want from life... Let these photographs of my most productive days be a constant reminder for the life that lies ahead. As a small nation, the Slovene people always have to try to overcome our small size, in order to avoid being left behind. In your life, try to do something for the world to know who and what we are! Marjan Keršič - Belač

As fate would have it, “uncle” Marjan—that was what my brother and I used to call him—died only a couple of days before I left for my first expedition in the Himalayas. Of course, my importance to the expedition fades in comparison to his importance to the original expedition, and I was also older than he was when I left—but nevertheless, leave I did. Times might have changed, but emotions definitely hadn’t. Nowadays, as I stand under the mighty slope of Nanga Parbat, doing my best to help Tomaž Humar, a Slovenian and one of the best mountain climbers in the world, I repeatedly remember my father and uncle Marjan, their idealism, and the desire to overcome the impossible, show the world what we’re made of, and have a whole lot of fun in the process. And this is exactly what Tomaž Humar is currently doing in the mountains of Pakistan, under the mighty Rupal Face of Nanga Parbat. And me with him. 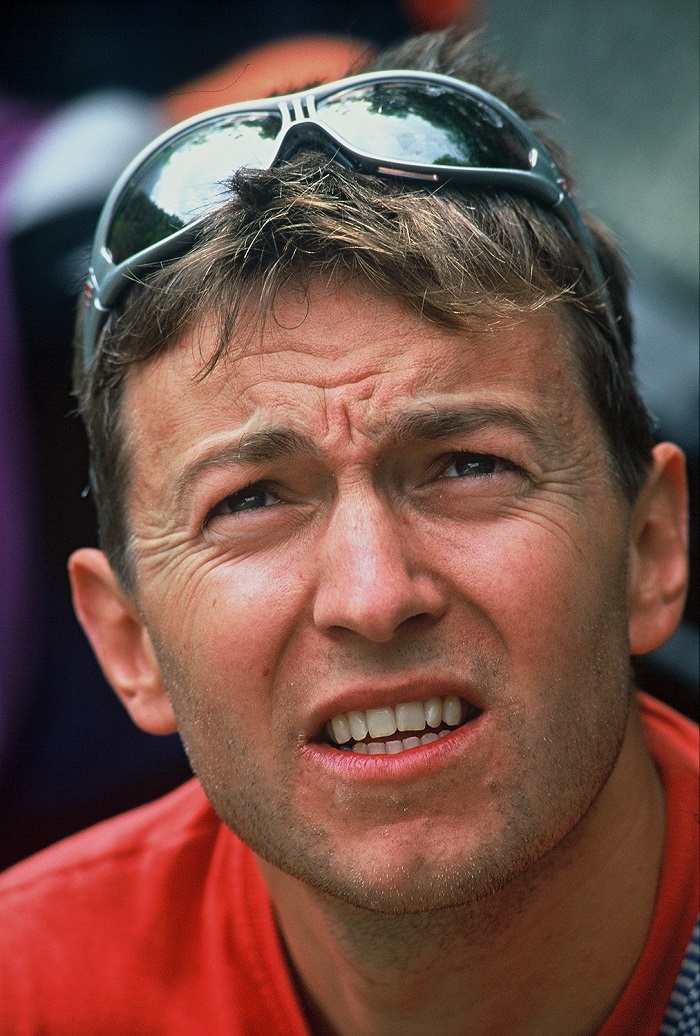 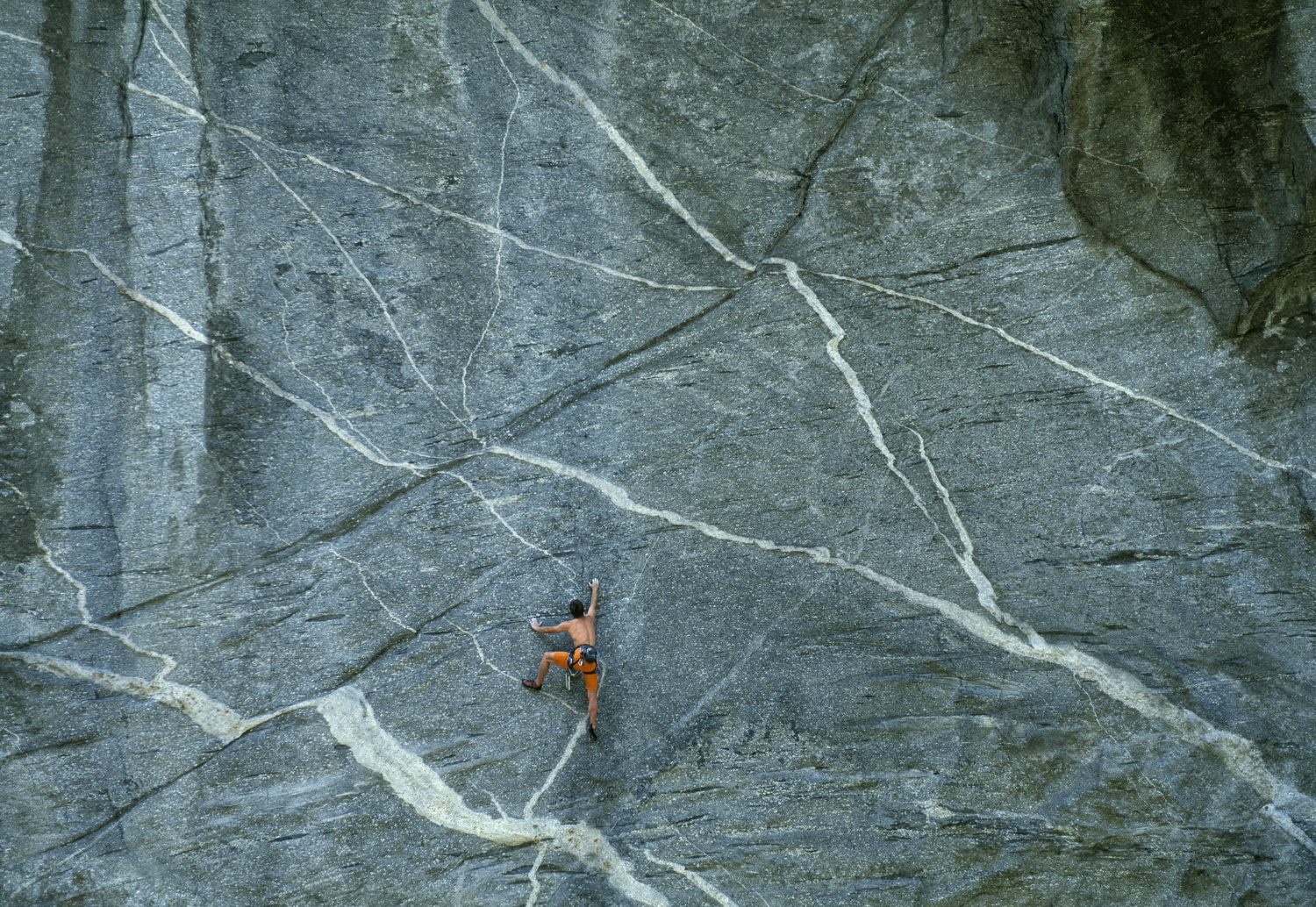 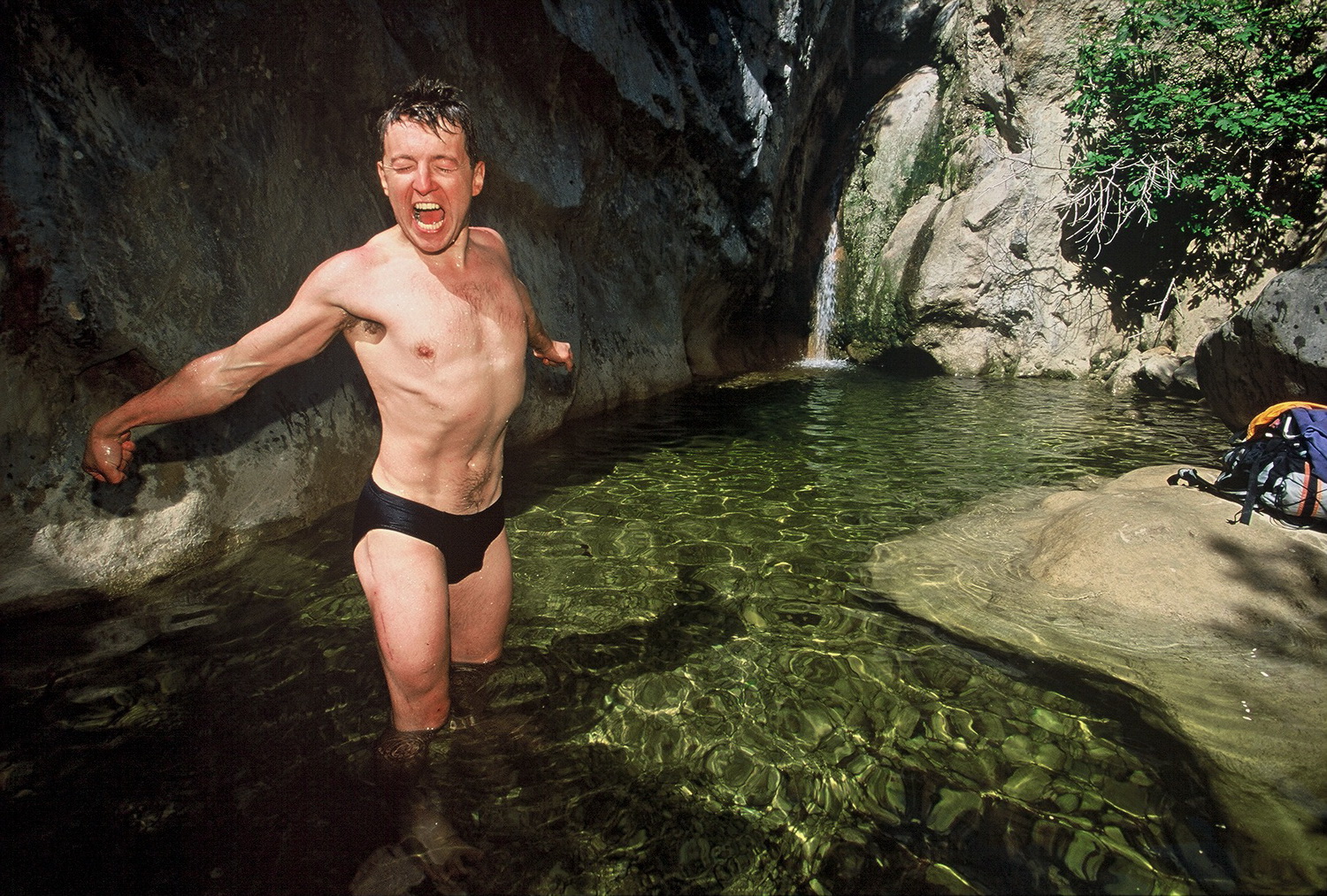 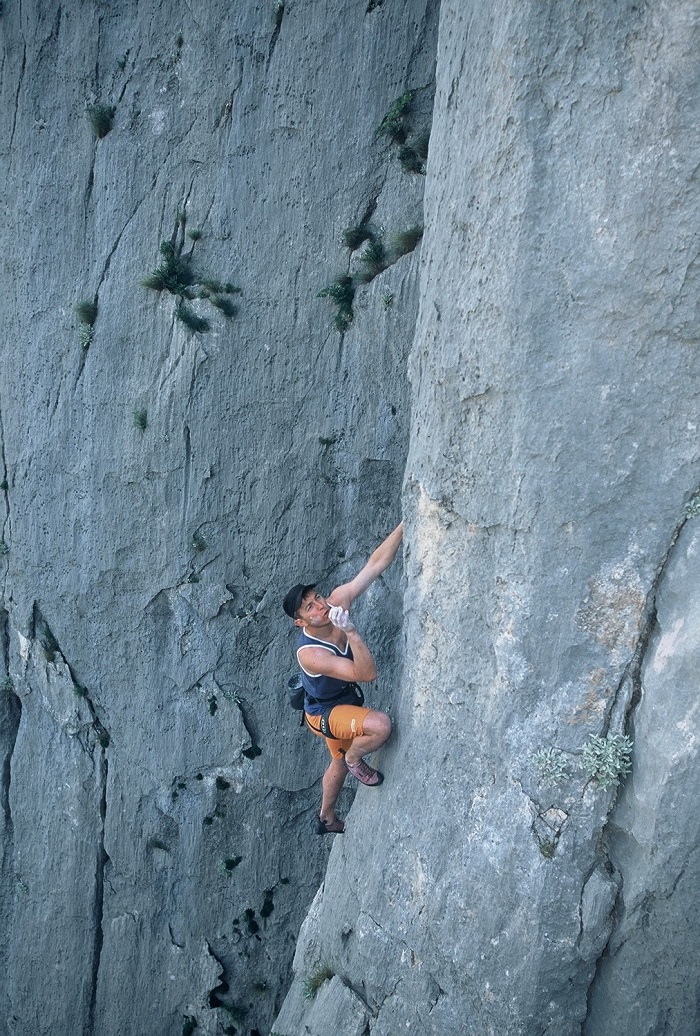 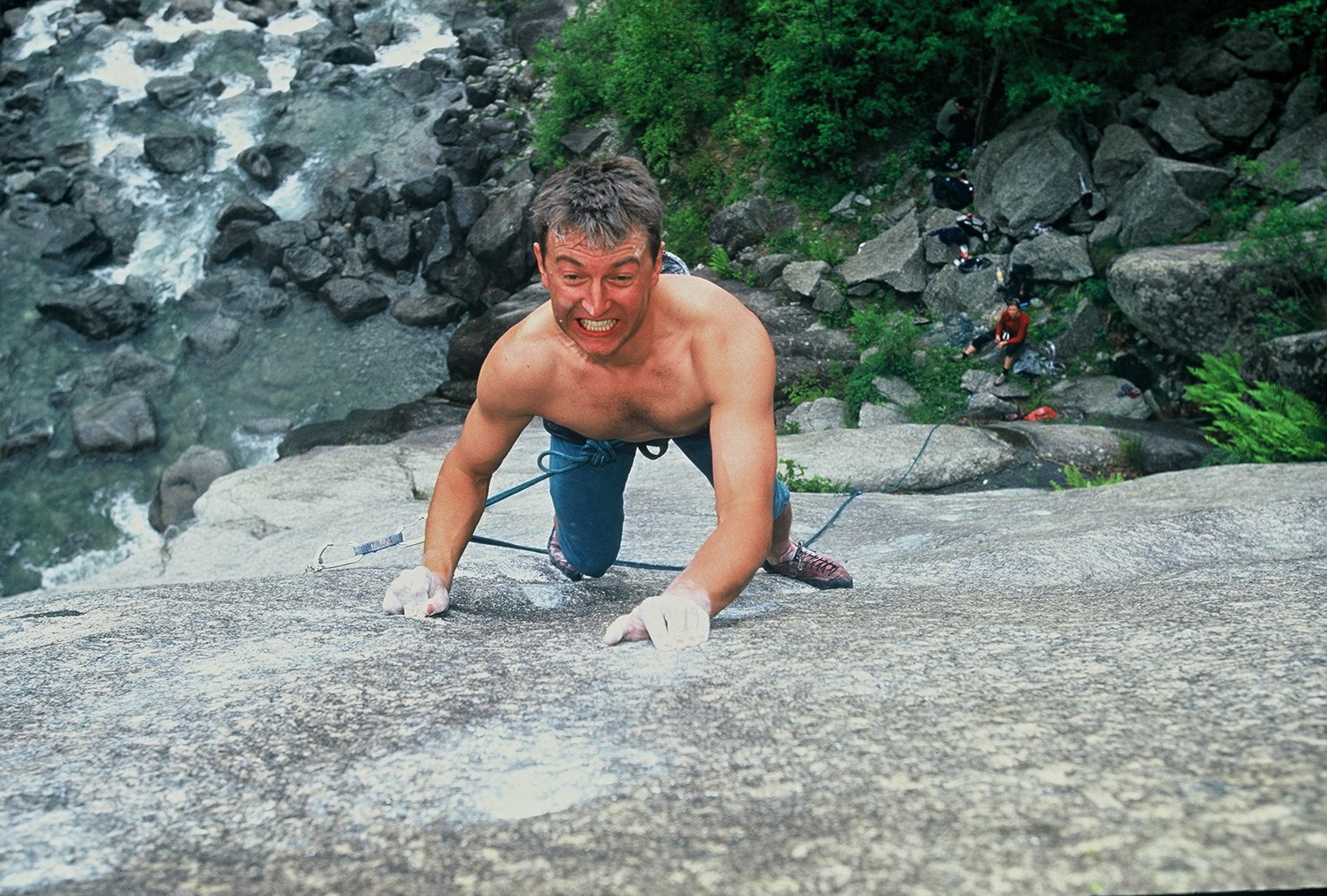 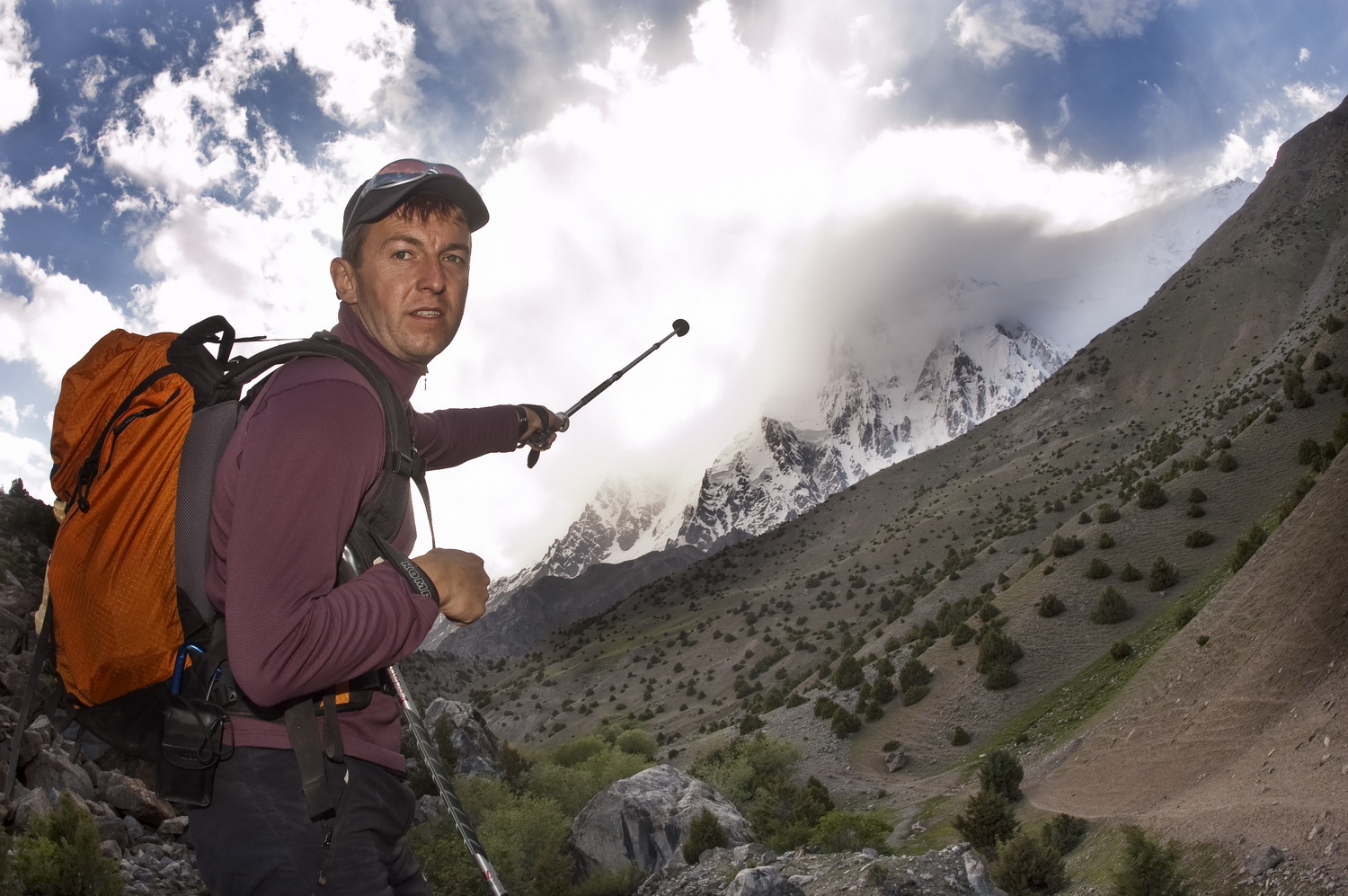 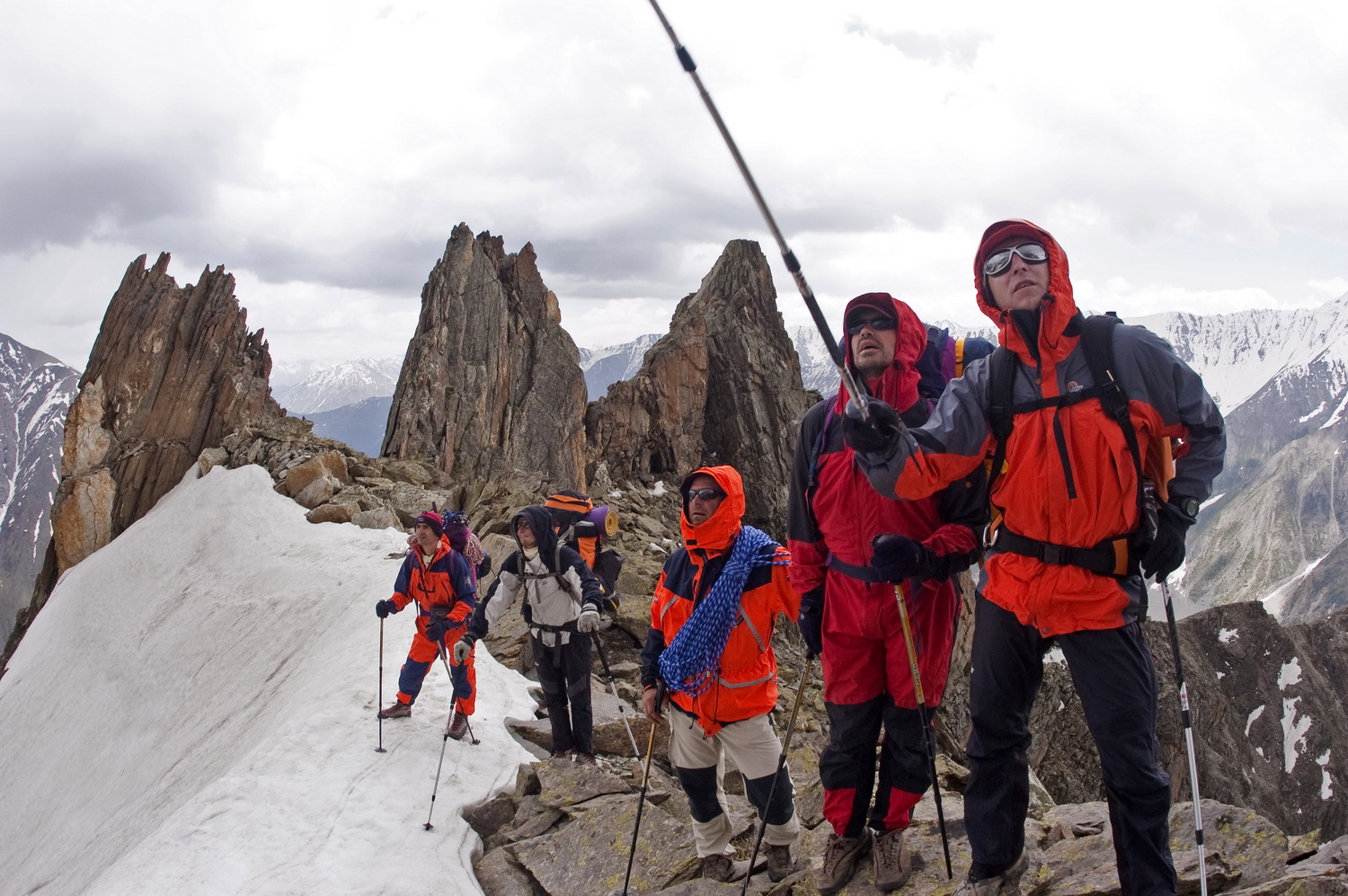 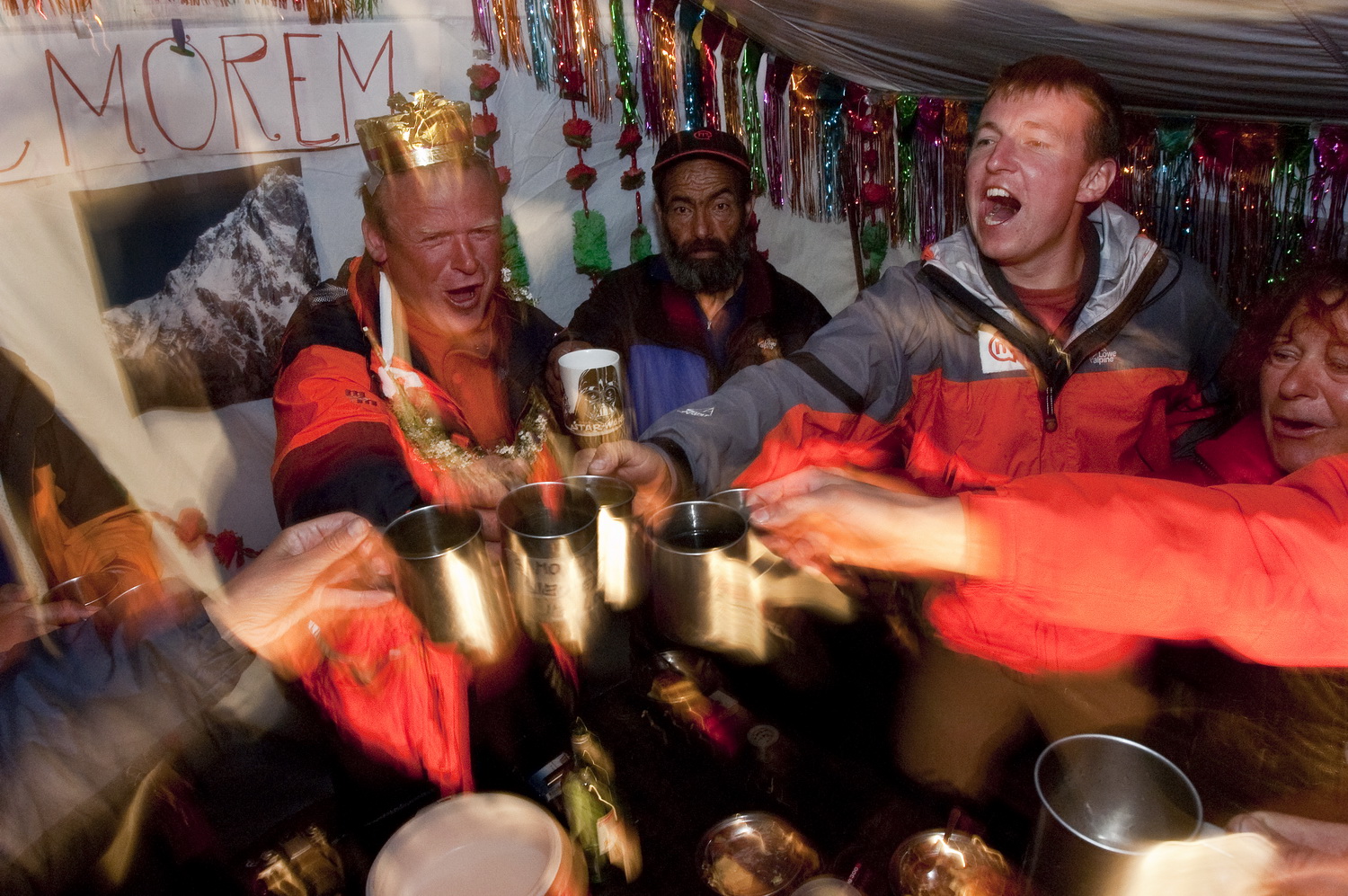 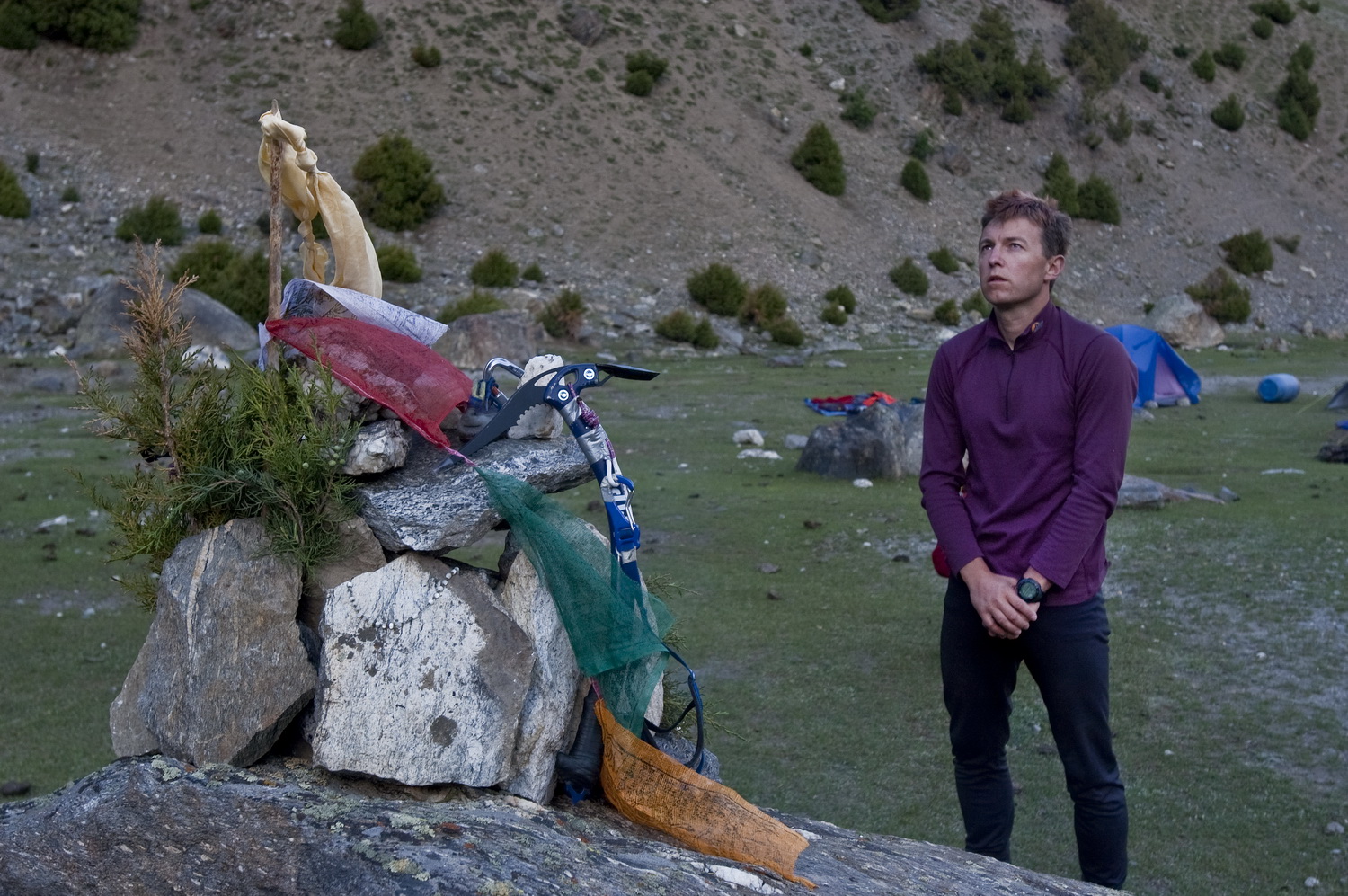 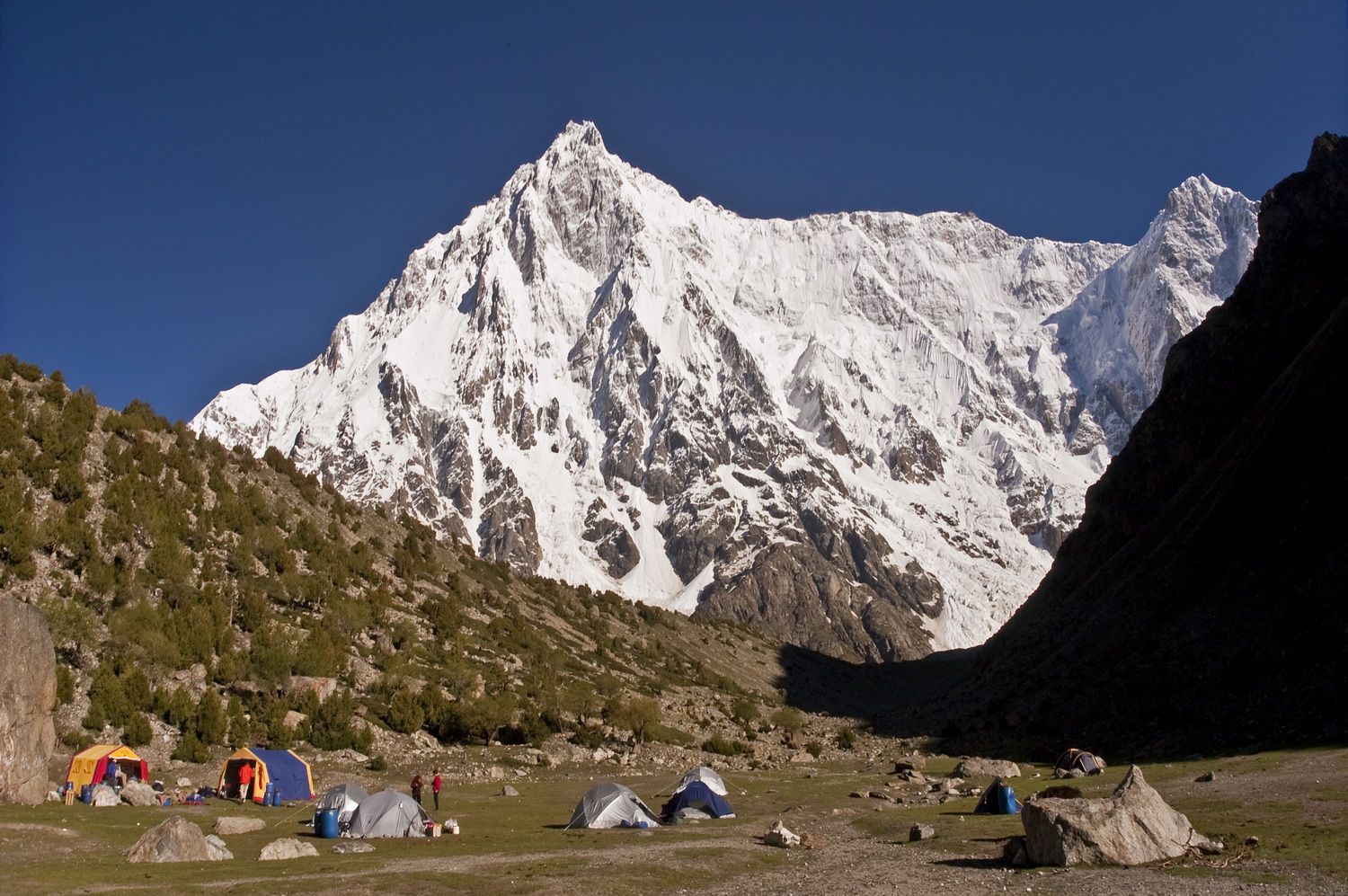