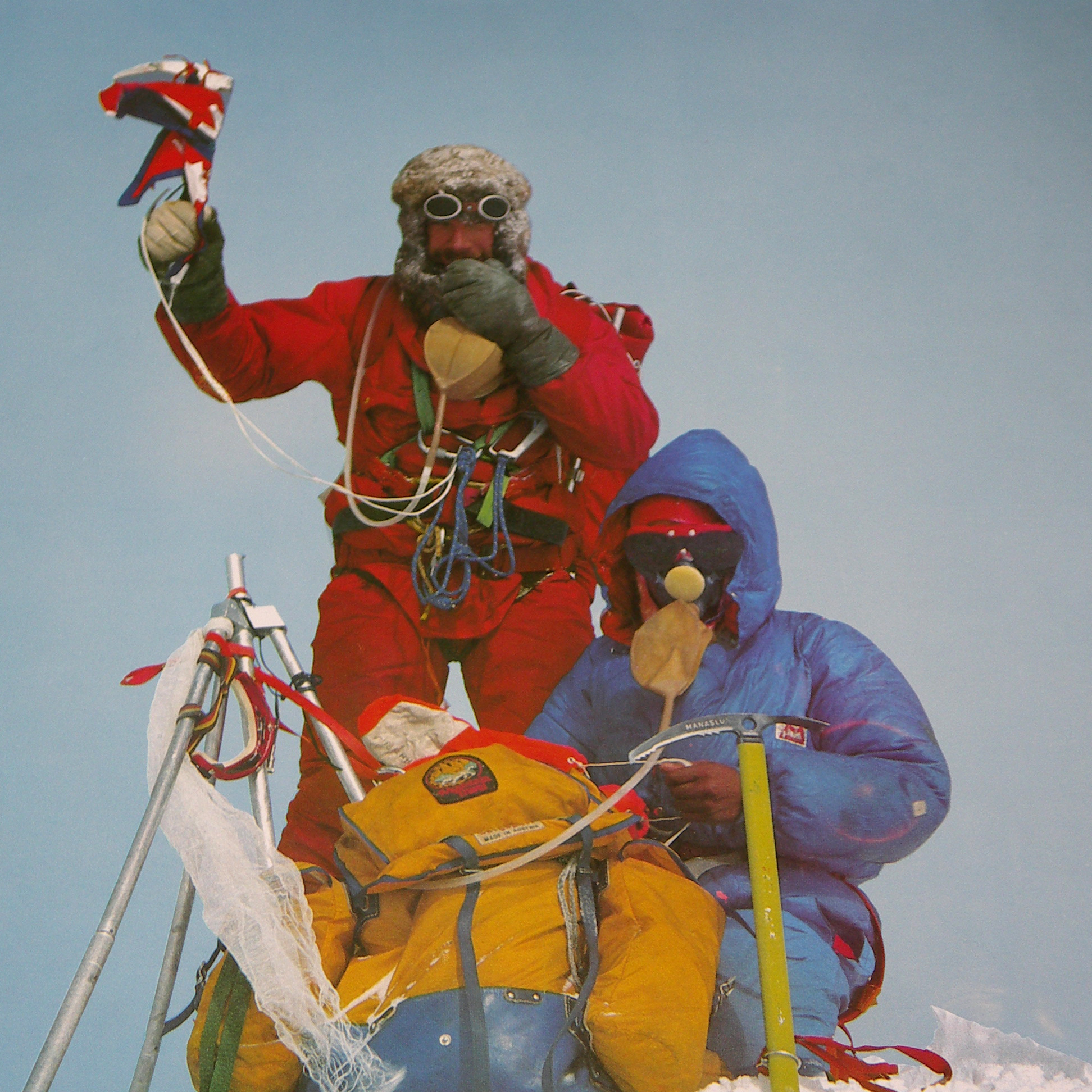 40 years since the “Slovenian Everest”

May 2019 marks the 40th anniversary of Slovenians having first set foot on Mount Everest with its 8,848 metres. This success also provided us with a final validation that the Slovenians, who were formally Yugoslavians back then, deserve their place at the very top of the Himalayas. Back in 1979, I was one of the members of the team who tried to climb the new, preferential route through the then-unexplored western ridge of the world's highest mountain.

After so many years, it is interesting that, before going back to the mountain itself, my mind brings up the memory of the co-climbers with whom I’ve experienced the beautiful, the dramatic, the triumphant, and also the tragic moments on the highest mountain reaching towards the sky. And how vivid these memories are! The eighteen days we spent walking towards the base of Mount Everest had already captivated us with their extraordinary beauty. And then, we zealously began climbing. Our team was composed mostly of Slovenians; we were joined by two Croatian and two Bosnian climbers. A large, strong team conquering a mighty and difficult mountain, trying with all its might to resist us: one by one, the members of our team were decimated by snowstorms, heights, strong winds, difficult terrain, and low temperatures. After a while, few and far between were those able to resist the mountain. But we had to go higher, where the conditions were getting rougher still.

On 9 May 1979, Marjan Manfreda – Marjon and I managed to set up the fifth and final base camp at an altitude of 8,120 metres, thus opening up the possibility of being the first ones to reach the peak. A day later, we managed to climb over one of the most difficult spots at an altitude of 8,200 metres, fitting it with a rope. But demanding climbing at a temperature of – 40 degrees Celsius took away most of our strength and precious time. We decided to go back to the camp and try our luck again the following day. In the tent, though, we realised that we were both severely frostbitten. Anxious to keep his fingers and toes, Marjon started descending that same day; as for me, I stayed in the tent of base camp number five for another night, crazily hoping that the state of my toes would miraculously ameliorate overnight. Which, of course, wasn't the case; the next morning, I had to descend as well.

On 13 May, we finally achieved the success we'd all been hoping for. Andrej Štremfelj and Nejc Zaplotnik managed to reach the peak, thus giving meaning to all of our endeavours and struggles. Two days later, Stane Belak – Šrauf, Stipe Božić and Ang Phu, the Sherpa sirdar, also climbed to the top of the mountain. As they were descending, night caught up with them and they had to set a bivouac at an altitude of more than 8,300 metres. The next morning, as they were already meeting Vanja Matijevec, Ivč Kotnik and Borut Bergant who had come to help them from base camp number five, Ang Phu slipped on a steep slope covered in ice. He fell more than two thousand metres and was fatally injured. We interrupted the expedition and returned home, dispirited in spite of our great success. The accident severely affected us. We felt as if one of us had been killed.

Only history showed what we had managed to achieve on that day. In the years to come, numerous expeditions would try to climb our route; at great sacrifice, only two of them, the Bulgarian and the Polish one, would actually make it. Today, sixteen preferential routes lead to the world’s highest peak. However, the mountaineering authorities of the world seem to share a uniform opinion that our route, the one we called “the Yugoslavian one” back then, still remains the most difficult route leading to the top of Mount Everest.

Back then, I put all of my knowledge, abilities, and energy into the 1979 expedition. The things I learned and realised on the slopes of the world’s highest mountain have largely outweighed all of my efforts and episodes of frostbite. I haven’t reached the top; however, my actions provided an important contribution for the others who did. Even today, I gratefully remember Andrej, Nejc, Šrauf, Stipe, and Ang Phu who were able to handle these last steps separating them from the highest point: for themselves, and for all of us keeping our fingers crossed on the mountain and down in the valley.

Later, I confronted Everest twice more, both times in intense circumstances. In 1989, Stipe Božić, Dime Ilijevski, sherpas Sonam and Ajiwa, and I reached the peak in the framework of the Macedonian expedition, following the route climbed by Hillary and Norgay. Again, tragedy struck upon descent: Dime stayed on the mountain forever.

In 1996, as I was leading the first Slovenian Everest skiing expedition, we were faced with one of the worst snowstorms in the history of the mountain: twelve members of different expeditions died in the storm. We got away with only a few minor cases of frostbite. Four years later, Davo Karničar successfully completed our daring idea.

With Everest being one of the most important mountains of my life, it is hardly surprising that my memories of what happened forty years ago are still so alive in my mind. Especially when it comes to my friends and co-climbers, with whom I have been exploring the untouched areas of the world’s highest mountain, while at the same time getting to know and explore the extreme limits of my own capabilities.