Morning. Aroma of fresh coffee in the air. I sit in front of my window; the valley is still covered in fog. The sun is about to rise above the hill. The trees are already covered in beautiful colours; another wonderful autumn day is about to begin. I check the bird feeder. Already, a nuthatch is enthusiastically stuffing sunflower seeds down its throat, hiding a bunch of them in the process. There are also two great tits, and a marsh tit. It could have been an ordinary day.

But mayhem is unleashing at the other side of the window. Invasion! Migrants! The three tits are not the ones I've seen before; they’re different ones. Winter is coming, and the birds are migrating to warmer climes. But it all remains hidden from our view. A tit is a tit, after all.

There are people, however, who give names to different specimens of the same species; for us, a tit is not a tit but a bird carrying a story. We name them by using rings, indicating the name of the country where the bird was ringed, and a serial number.

A simple solution, such as a ring on a bird’s leg, can open up an insight into its interesting life. By ringing birds, we can find out how many of them there are, and we are suddenly faced with the fact that our bird feeder is not only providing food for three tits, but for about fifty of them.

If we happen to catch a bird that was already ringed, or if someone catches one of “our” birds, we can connect the locations and obtain the information on the migration of the bird. By doing so, we can find that the tits who stay in our bird feeder during the winter are not the same ones nesting in our garden in the summer, but rather birds from the north.

Most countries have a national ringing station, with the Euring (European Union for Bird Ringing) organisation connecting the national centres. The organisation is also in charge of exchanging data about birds that have been ringed once and then caught again.

This past winter, I ringed quite a number of birds in my bird feeder. In the spring, I got an interesting message: one of the greenfinches I had ringed was caught again in the Czech Republic. His name was AX08167. Another “finding” which I can take some credit for was a bluethroat that I ringed in the salt pans and that was also found in the Czech Republic, just like the greenfinch.

If we ring a bird which is then caught again, we can also find out its age. The Euring website provides an interesting list of the longest “measured” life span for each individual species. One of the winners is, for example, a grey heron that lived for 37 years; there is also a stork who lived to 39 years old, and a 21-year-old kingfisher.  Among the smaller well-known species, there was a 15-year-old great tit and an 11-year-old swallow.

A lot of people in Slovenia don’t know much about bird ringing, despite the fact that we’ve been active in this field for over 90 years and have ringed more than 3 million birds during that time. In the past couple of years, our average is of about 80,000 birds ringed per year.

Birds do not recognise borders: they migrate to the four corners of the earth. This is why obtaining information about their migration routes is all the more important. We need to know where our birds spend their winter, and what they do there. Will they come back or do they prefer the country where they’re wintering? 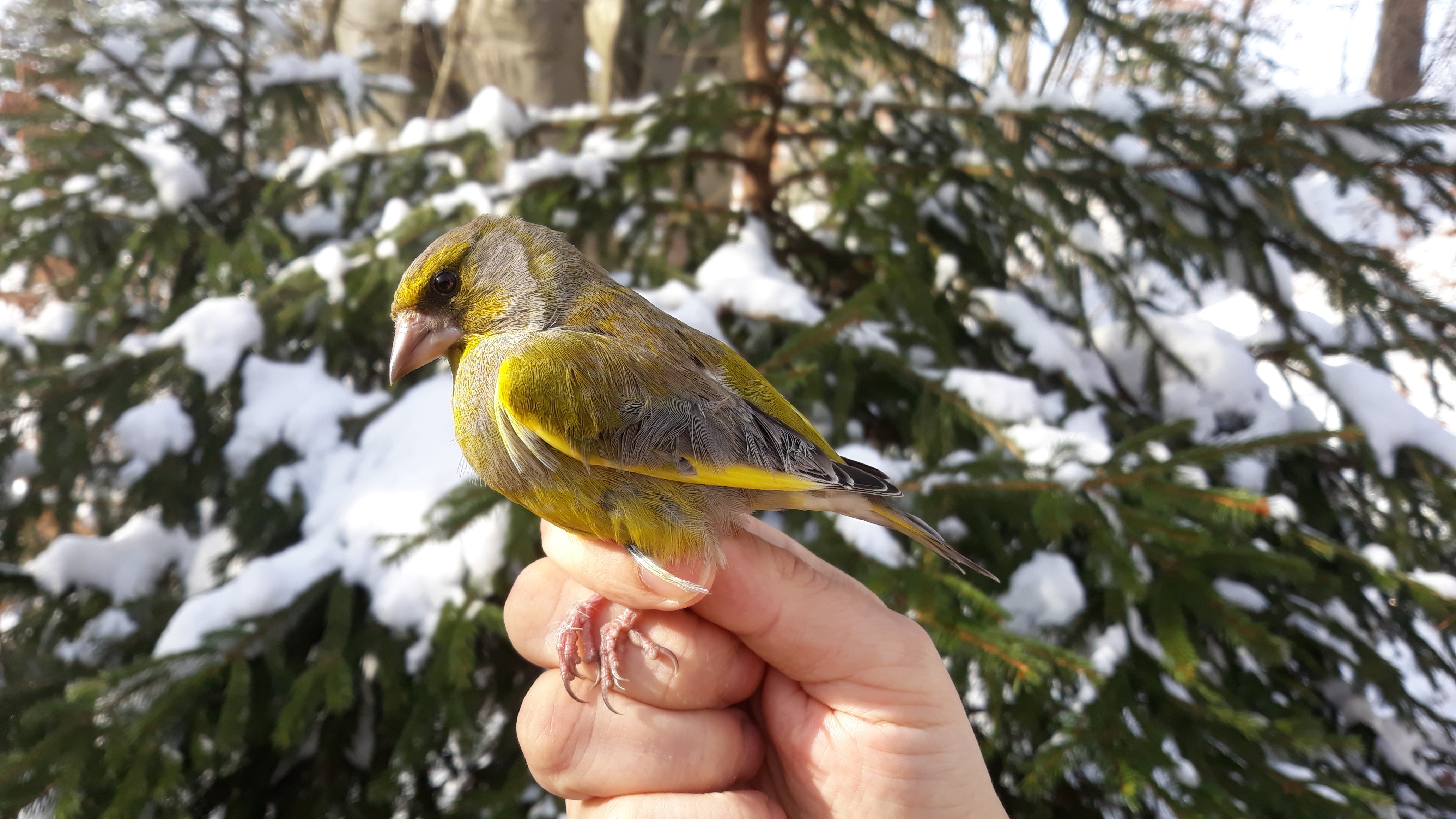 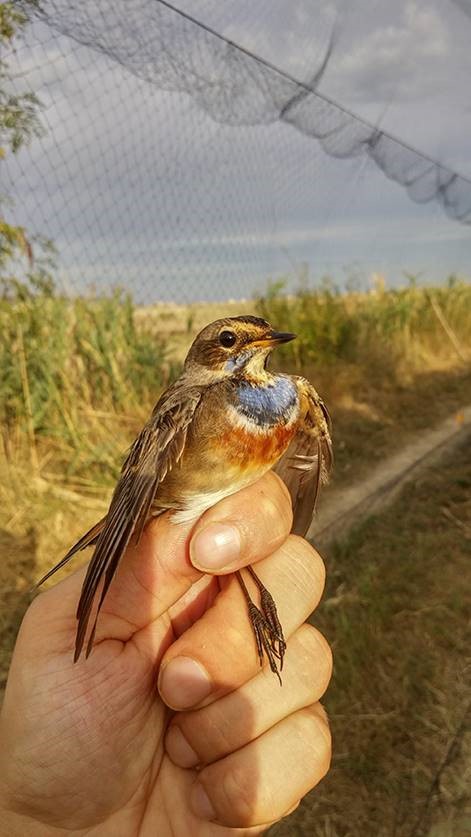 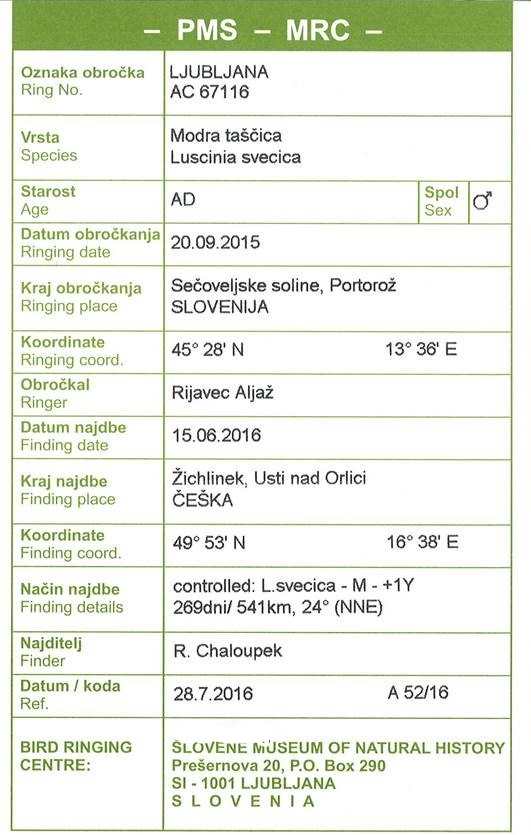 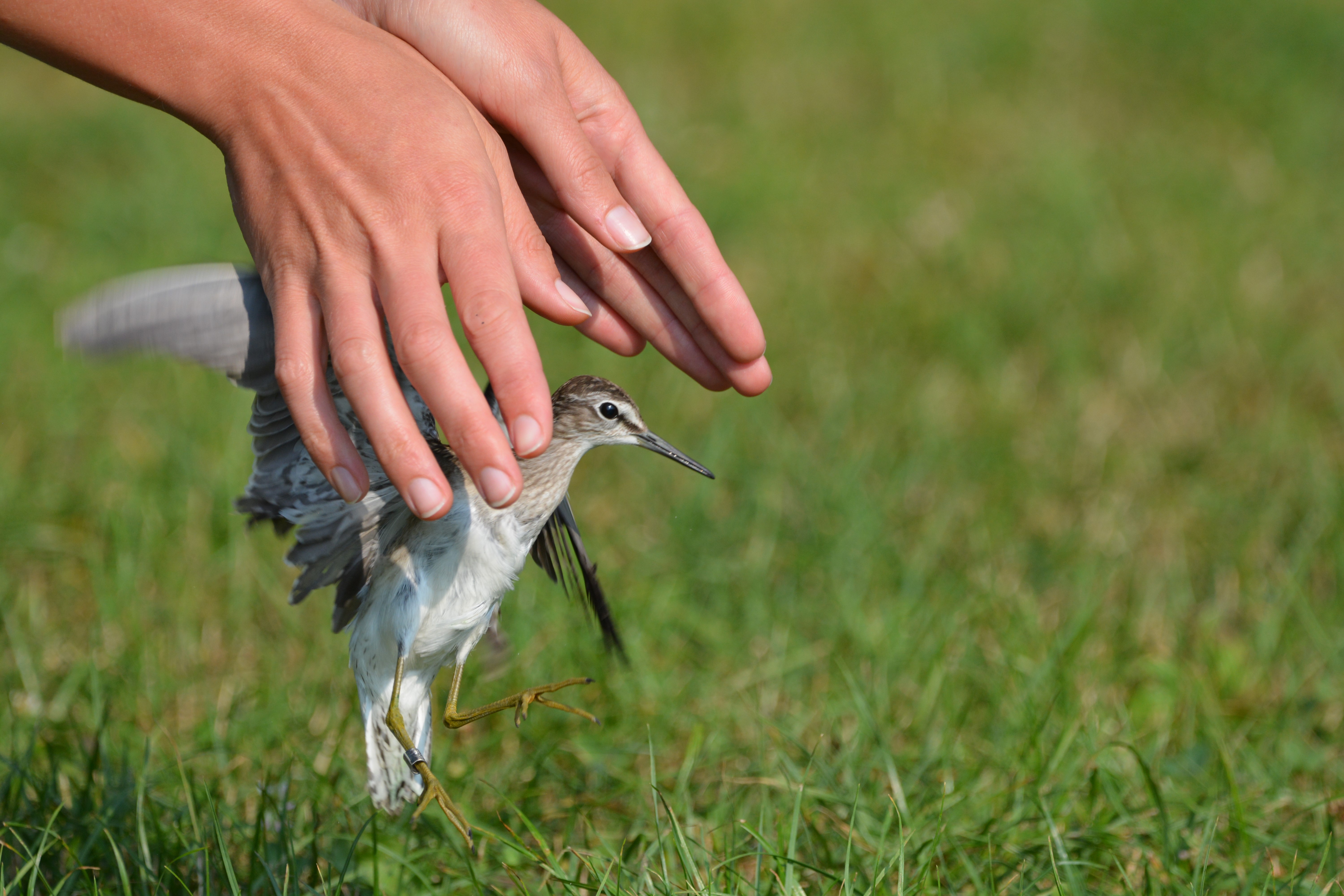 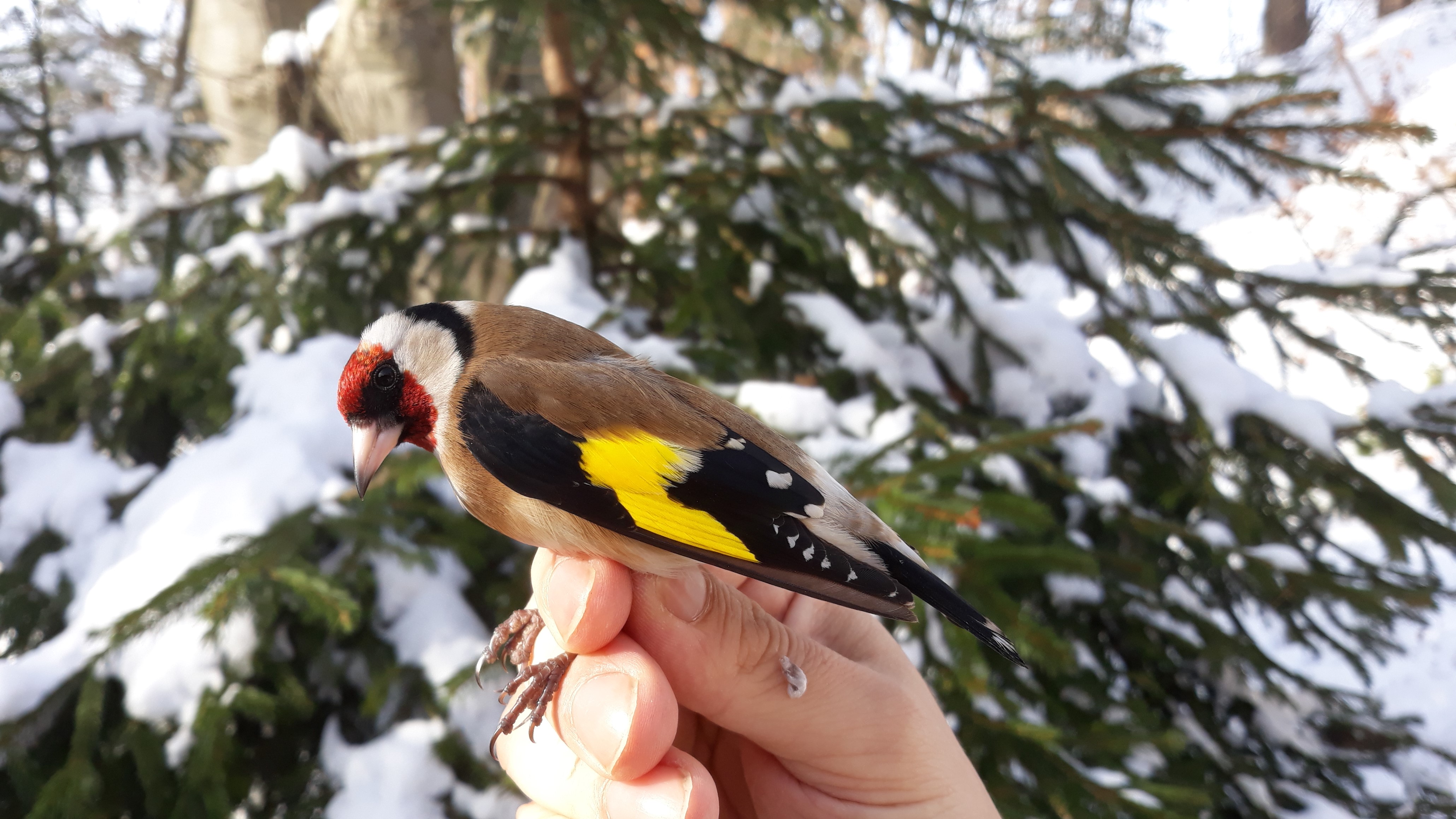 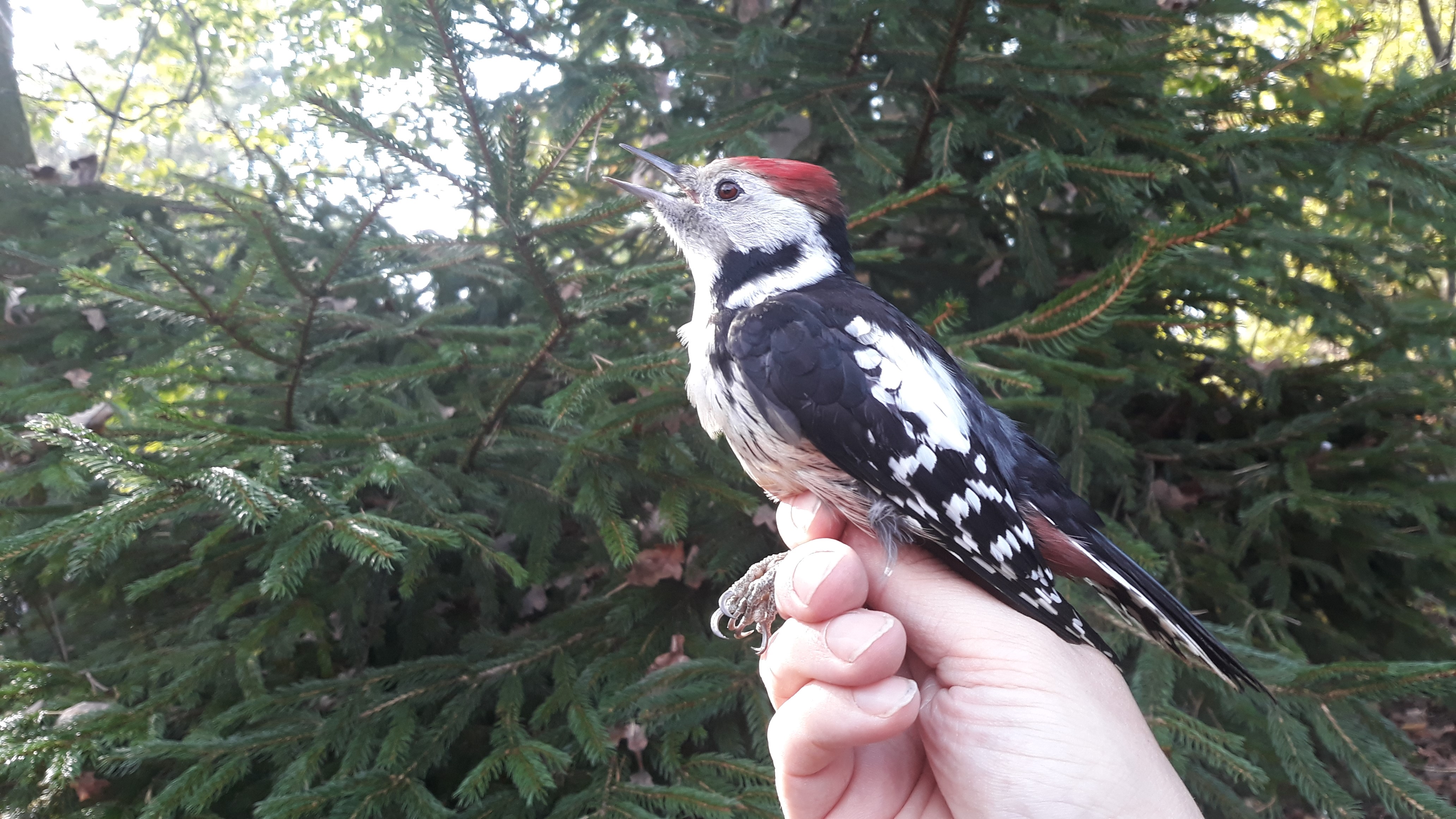 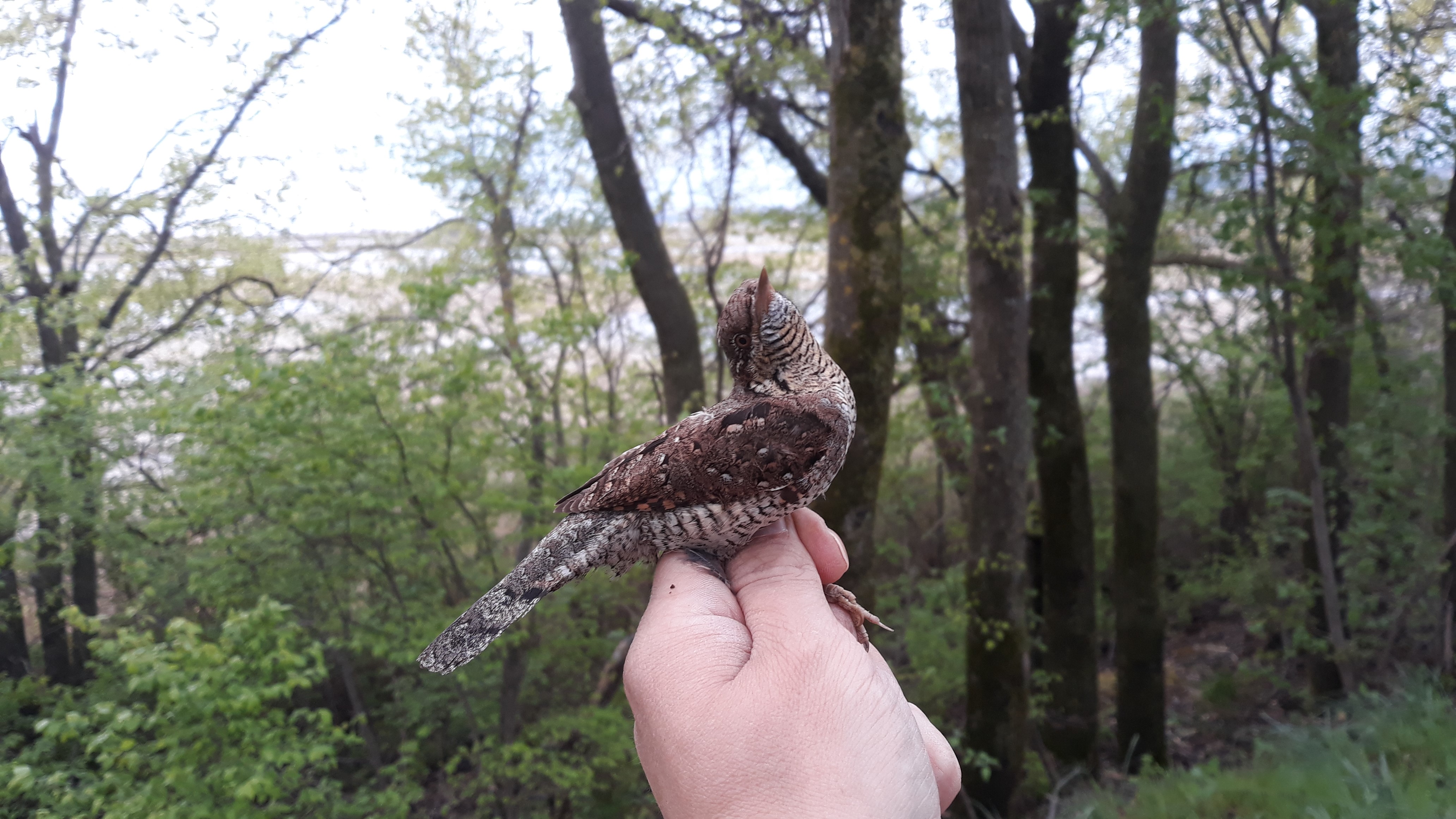 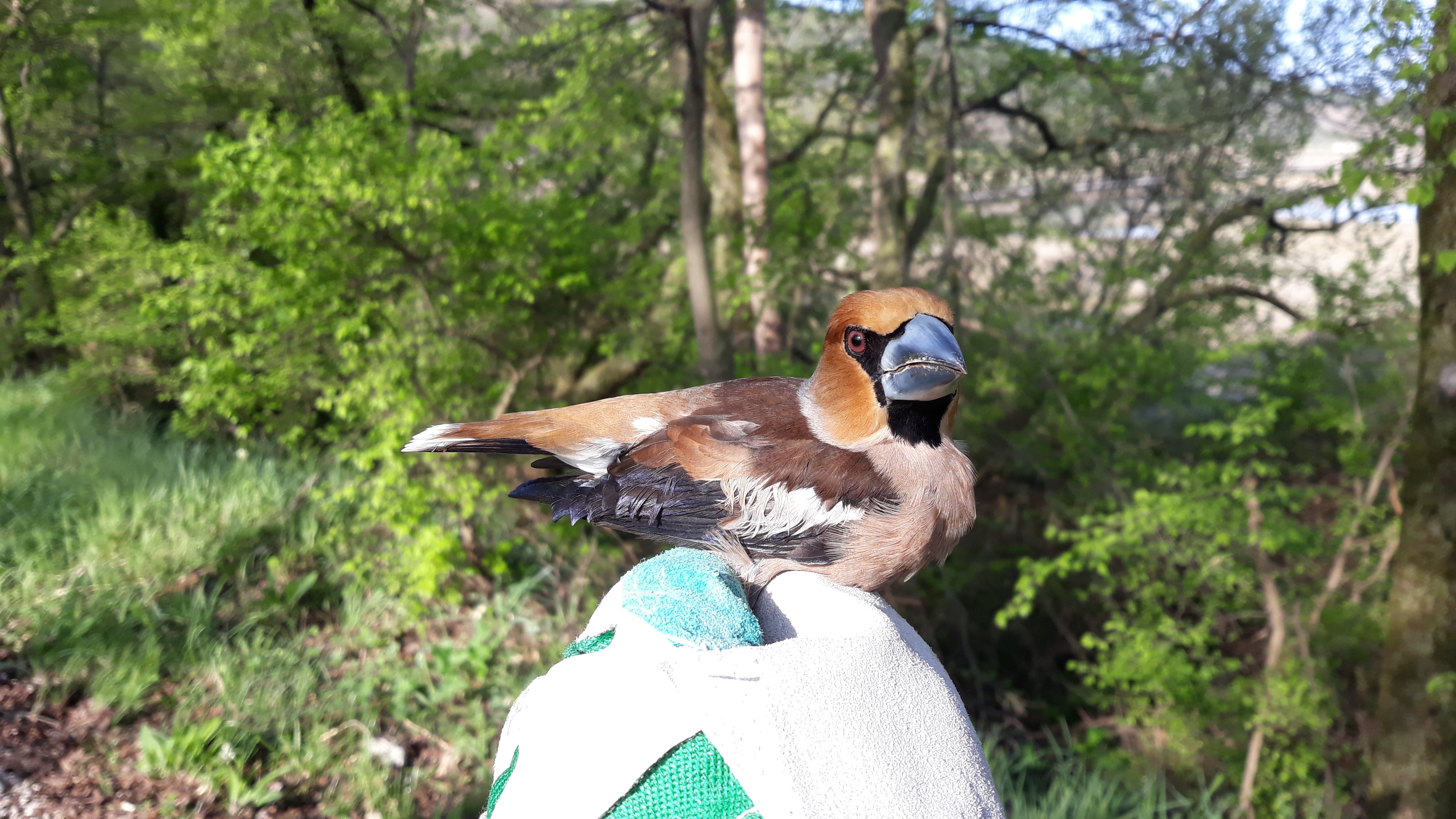 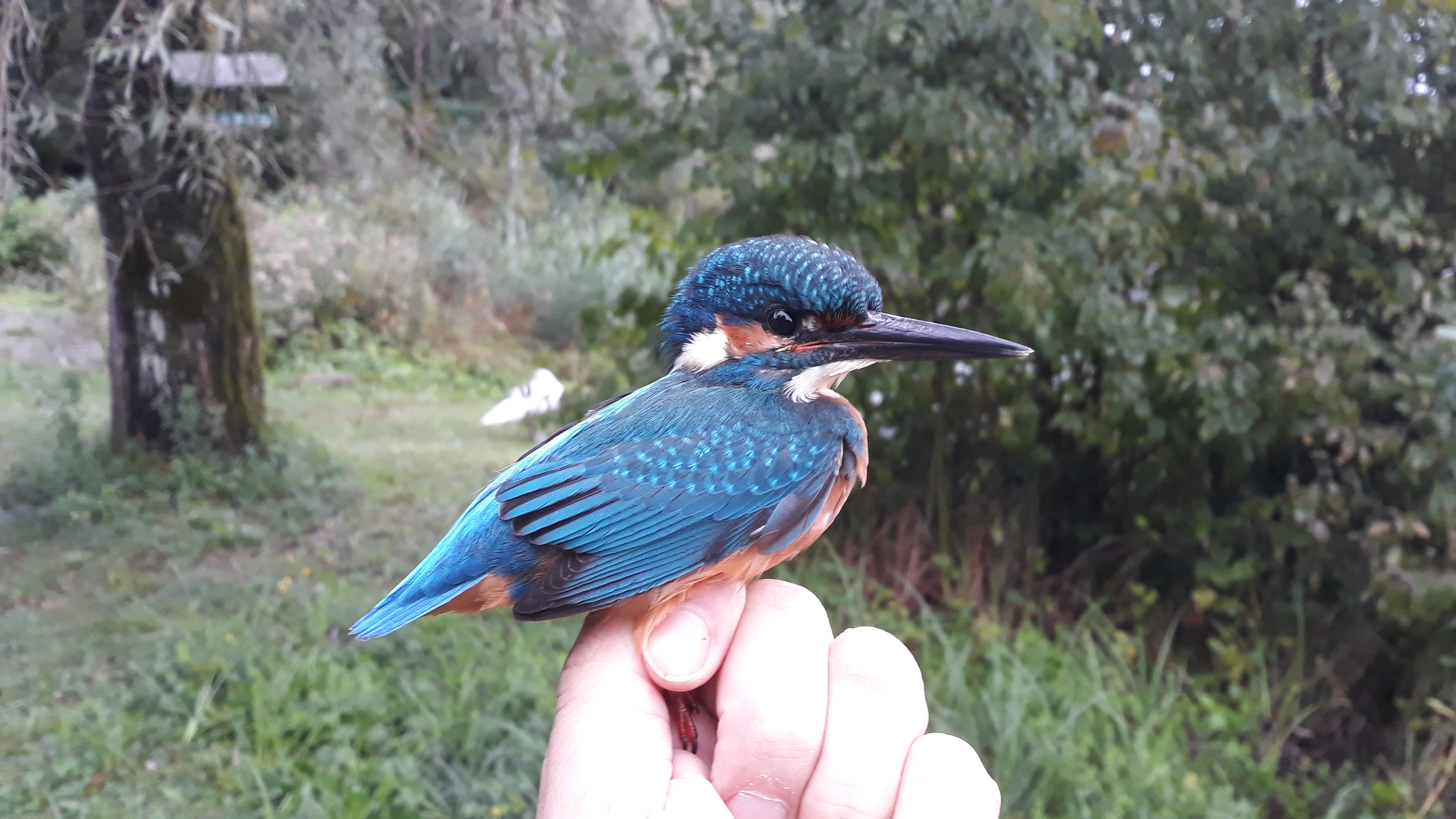 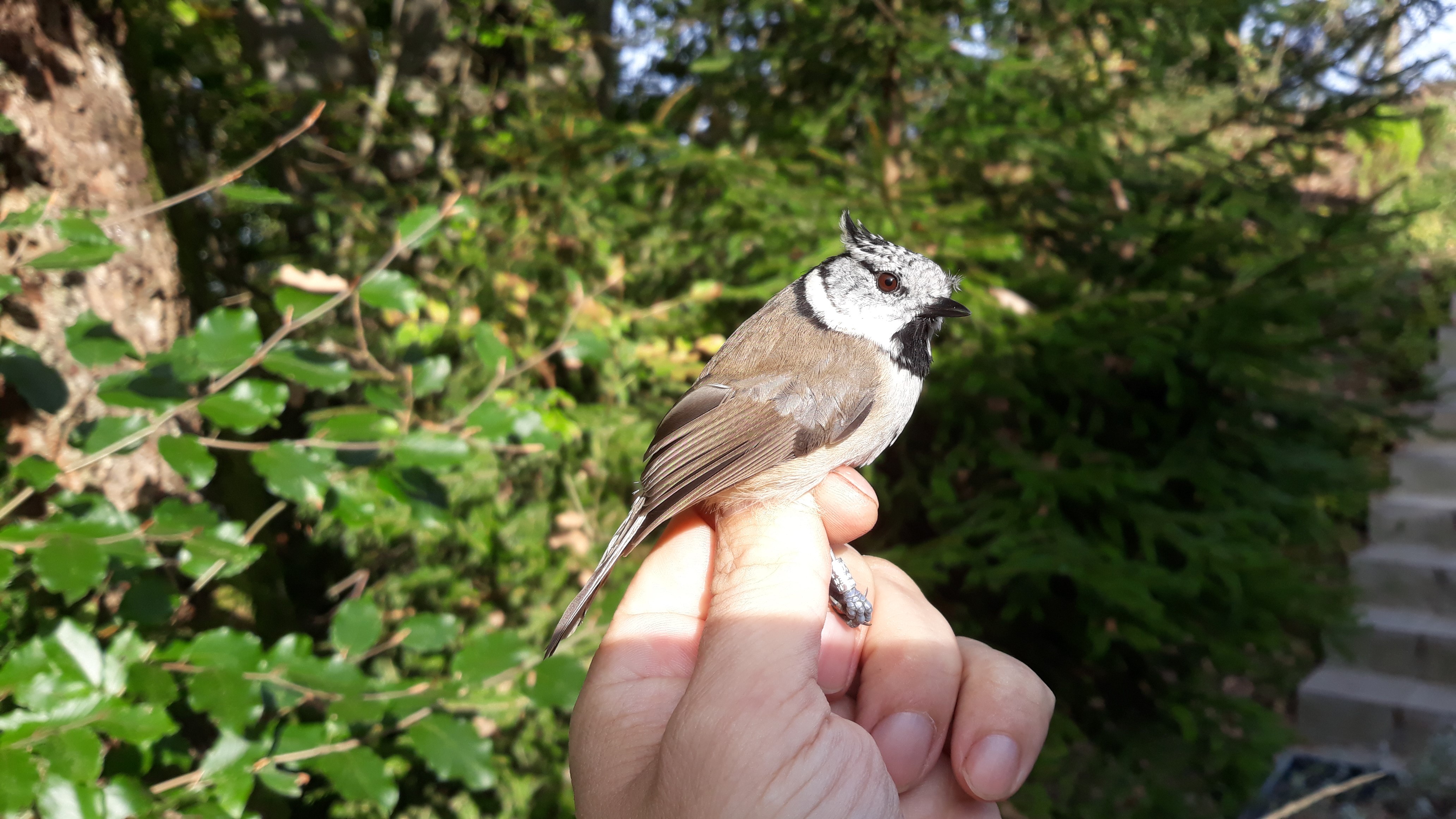 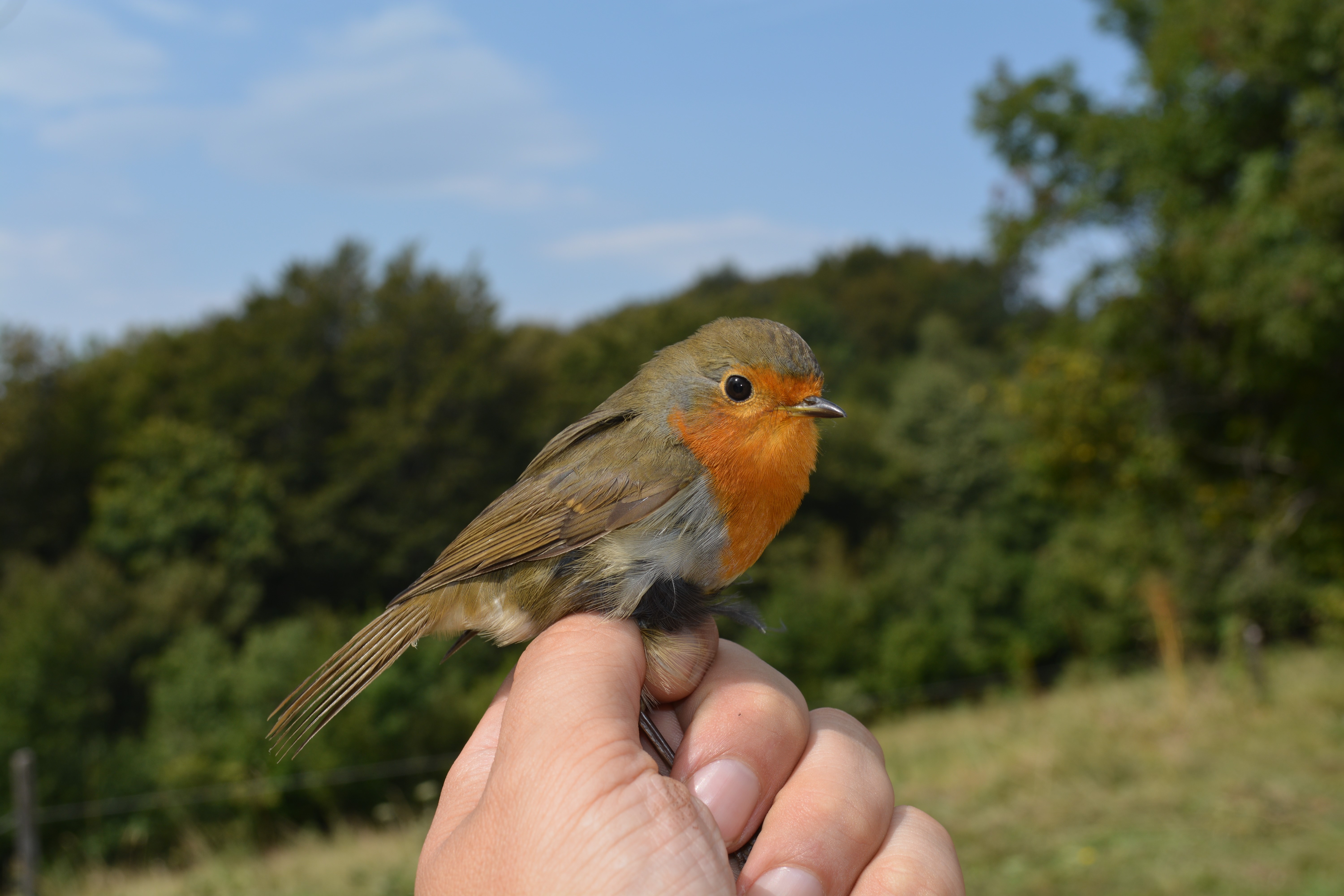 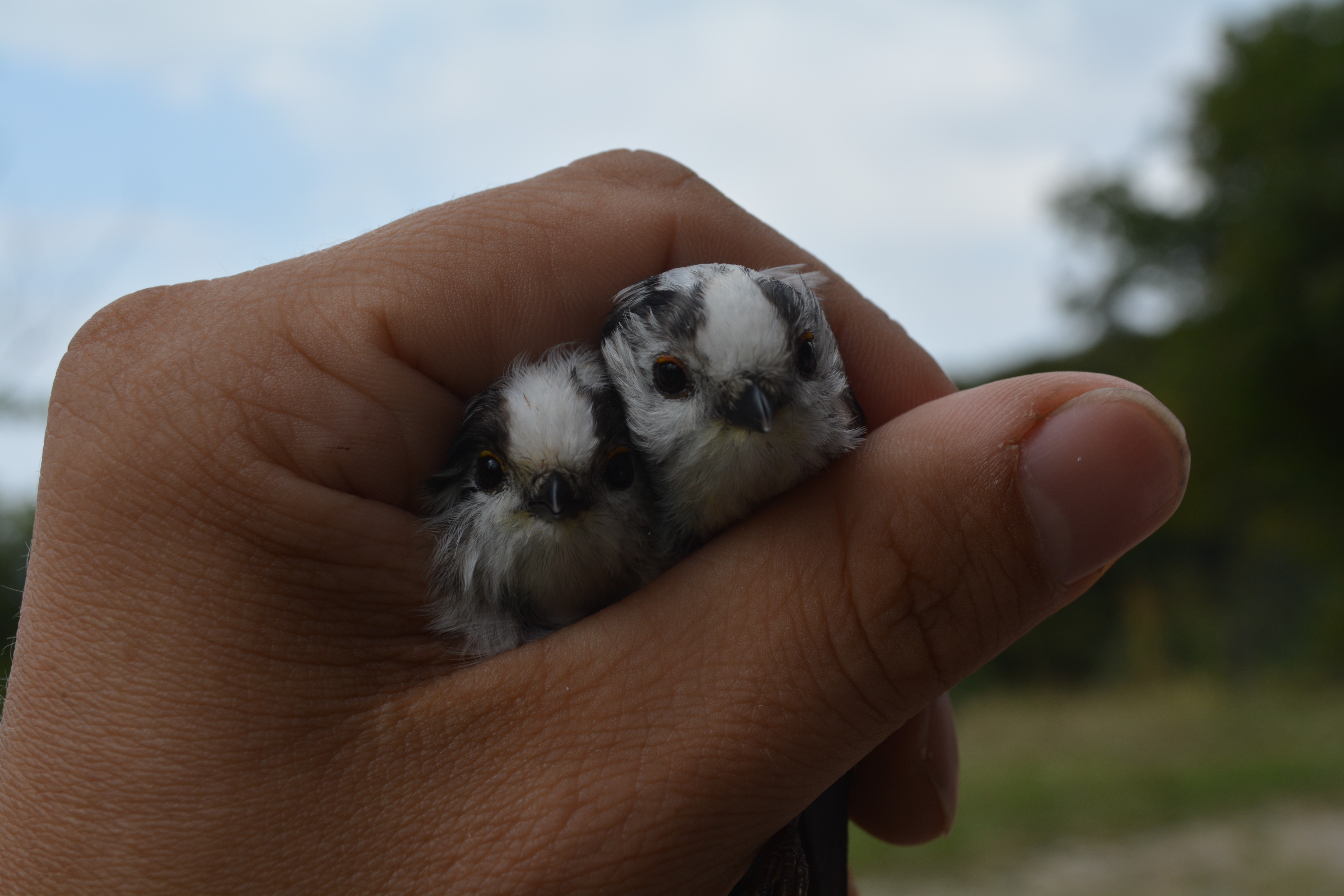 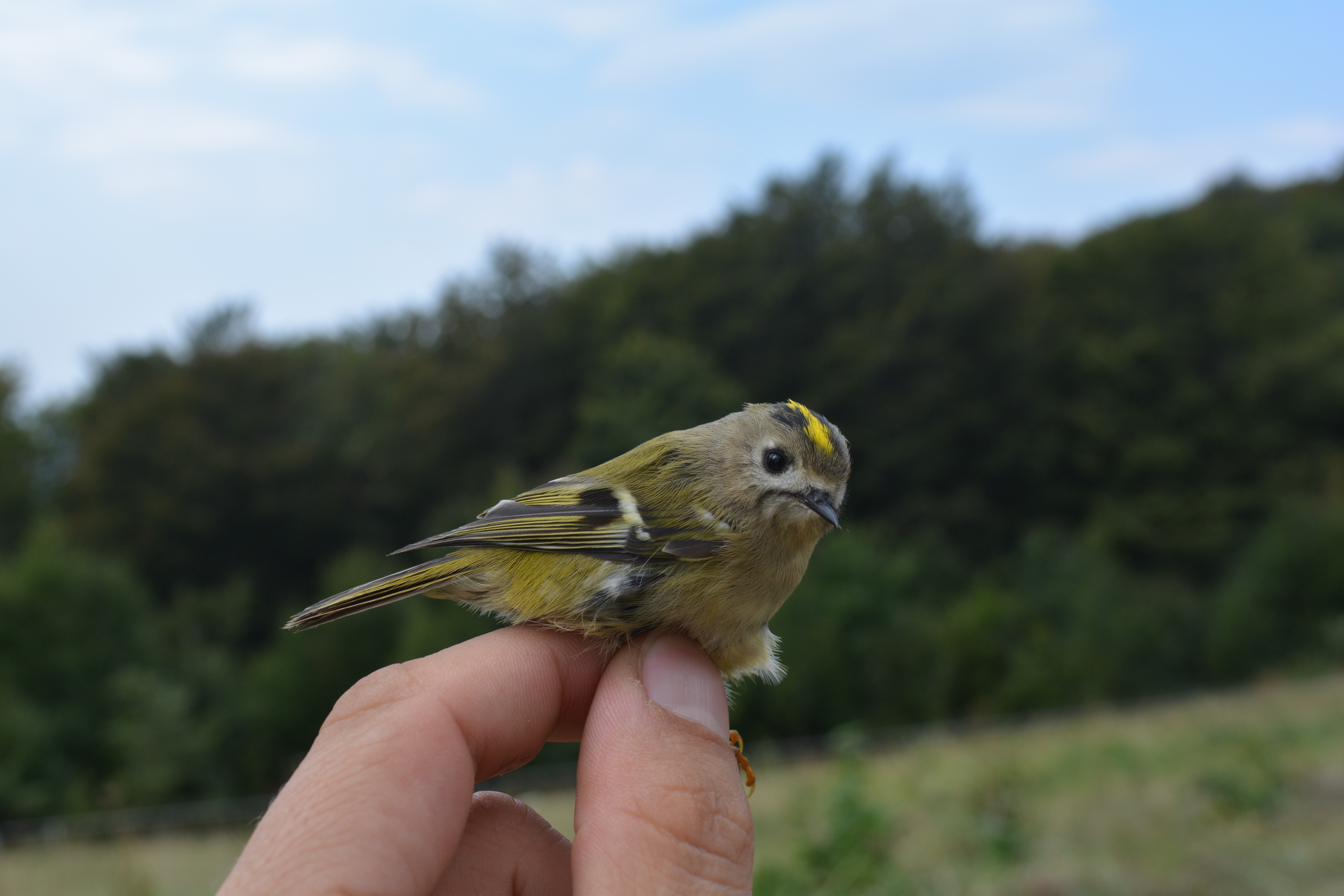 I am an older version of a totally autonomous humanoid manufactured in the previous century. I’m bored on cloudless days and days without sunshine. I love mountains of data and finding meaning in nonsense. I have no free time. I don’t have any hobbies either; all I do, I do “for real”. I’m interested in all that is biotic or abiotic. I try to be a multifunctional device, and I love it.