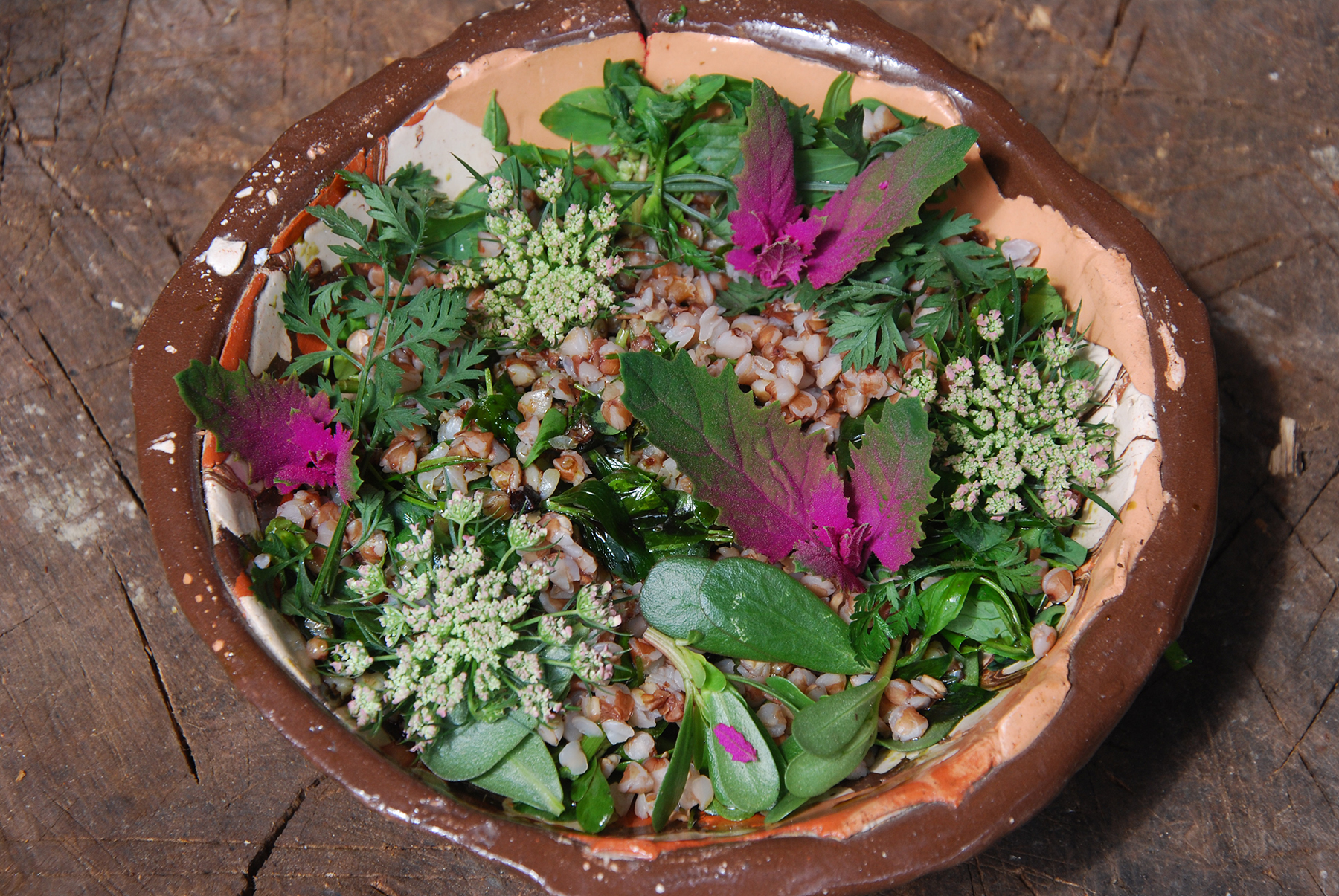 A demonstration of a battle in the garden

Now then. Things are about to get serious. To the front line and ... attaaack! A bomb here, a machine gun there, a knife between the teeth and let's exterminate those aggressive weeds one by one. Or not?

What can we do? In a garden battle, we’re always doomed to fail. From one fight to the next. Because weeds have great strength. The strategic move would be to get to know the enemy inside out. But as Sun Tzu, Chinese general, military theorist and philosopher, already knew about two millennia and a half ago, victory is not guaranteed even when we know our enemy well; this is only half of the victory.

To make sure the garden battle doesn’t turn into a never-ending war, we can do as follows: cook buckwheat groats in salted water and place them in a bowl. Wait for them to cool and, meanwhile, go courageously into battle. But as we know, and according to the wise words of Magnus & Bunker, we have no enemies when we fight, so we change the tactics. This means it won’t be a fight but an imperial cooperation. If not symbiosis.

When we weed around lettuce, i.e. pull out chickweed, we are in fact gathering a nutritionally valuable vegetable that isn’t without healing properties. “Chickweed tea is an excellent medicine for the lungs; it dissolves and stimulates mucus and works against vomiting blood, coughing blood, piles, mucus build-up in the kidneys and bladder (one teacup twice daily)” reads the dictionary of natural medicine with the title Herbs and Weeds. It is therefore a rather suitable addition to our buckwheat groats. The information from 1926, when the book was published, could also come in handy on another occasion.

During the so-called weeding we also notice after making a mistake that the root of the carrot that planted itself last year has returned to its root state and become white again. It’s thin and all its leaves are thick. Add it to the buckwheat dish together with the leaves, chopped. Mix in chopped chickweed, add the right amount of pumpkin seed oil and vinegar to taste. If the pink variety of goosefoot also jumps into the bowl, so be it.

And then straight to well-deserved work. While we’re chewing on our creation, interesting things can happen. We taste baby corn that isn’t a part of the dish and the aroma was contributed by chickweed. It is supported by the carrot’s fragrant power and the goosefoot tries to imitate spinach. Meanwhile, the Buckwheat Oil Groats Pumpkin Seed duo has no competition in all the traditional culinary music of the world.

Other things may happen. For example, during the meal or soon after it you may feel ... stronger? They say the feeling of victory brings strength.

No doubt about it, weeds have great strength. When we chew them nicely in salads, minestrone soups and similar dishes, they become a part of us. And we are theirs either way. Because plants love us, and this is why they like being eaten so much.