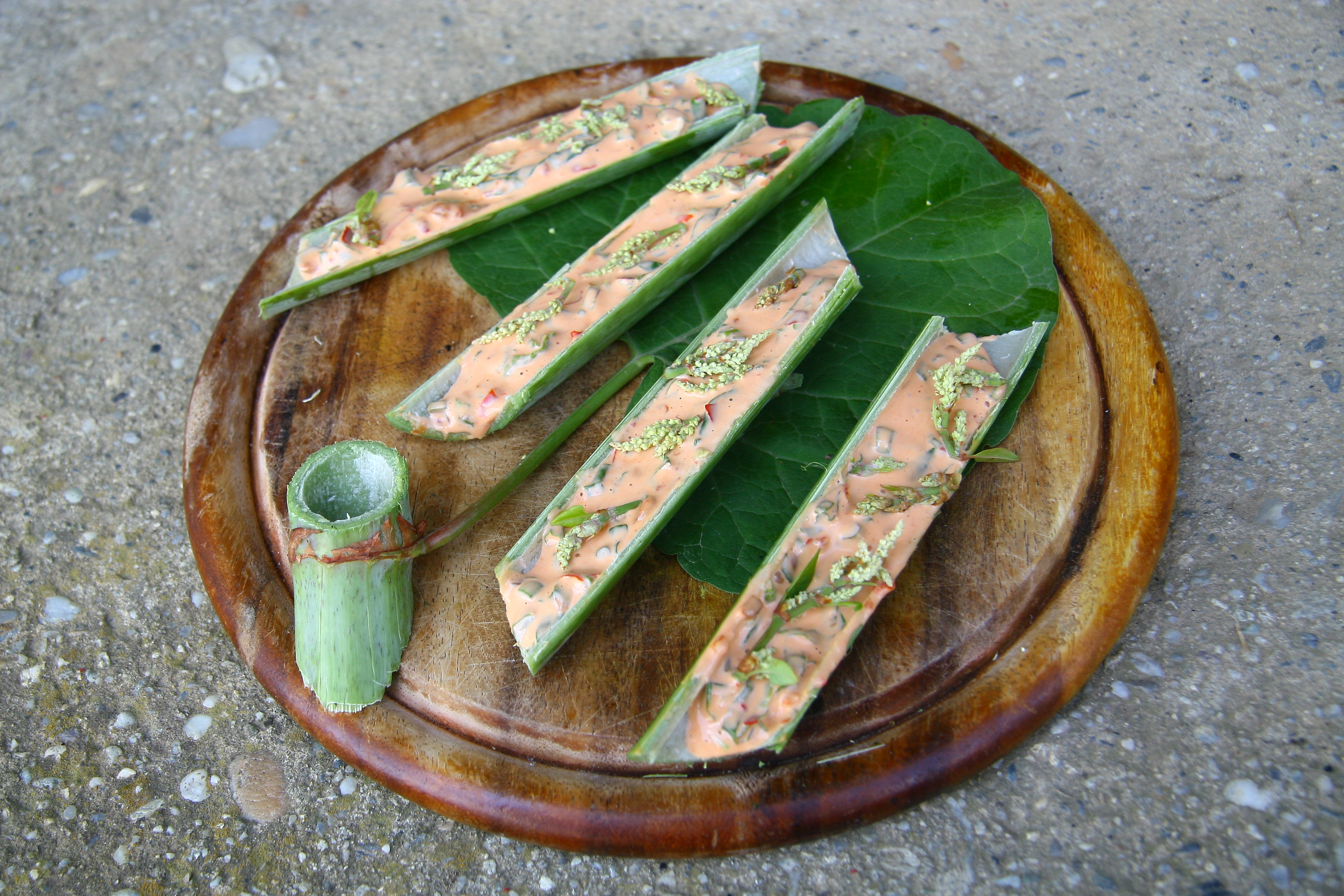 Invasion on a plate

Ever since Columbus missed India, plants have been taking advantage of human beings for their own propagation. It’s not like they didn’t do so before (the first migratory plant species have been following people around from the beginnings of farming), but this process was so immensely slow... Through intercontinental traffic, however, plants began their unstoppable trip around the world with one clear purpose: to populate every single centimetre of the Earth. In the process, human beings have also been entrusted with a task that we are, knowingly or not, constantly engaged in as we perform our other important tasks.

Often, new plants have helped the ailing indigenous vegetation recover in substantially degraded soil that has been damaged through landscaping, road and city construction and, especially, industrial farming. The growth and propagation of some plants is extremely intense, which is why they cannot only be successfully planted into a new environment, but also spread significantly, thus earning the name “invasive plants”. What is interesting, though, is that nearly all of them are edible, and every single one of them has healing powers.

A magnificent example of the failure to understand the laws of nature or of a very narrow outlook are Japanese knotweed and its relatives, giant knotweed and Bohemian knotweed, the indigenous hybrid of the two. The young shoots of these plants are extremely tasty accompanied by a seasoning sauce. When added to various dishes, they have a similar effect as rhubarb, another one of their relatives, and can also be used for sweet dishes.

More than 170 years ago, Japanese knotweed was lauded in the Netherlands as the most promising new plant, thus earning a gold medal, meaning that the income of its breeders increased by 250 when compared to the breeders of hydrangea seedlings.

Nowadays, the soil is deteriorated wherever these plants grow, and we would really like to exterminate it, but the only thing we’re able to exterminate is the idea of its extermination. We must also remember that human beings are actually the ones propagating this plant.

This is one of the most powerful plants in the world: in Japan, it often paves the way for other types of vegetation on bare volcanic soils and rocks. It is a honey plant, much like buckwheat, yet another of its relatives; knotweed honey even tastes a lot like buckwheat honey. It is both delicious and therapeutic. Interesting fact: knotweed therapy will help you fight a different type of invasion, Lyme disease, even the late-onset type.

So, what to do now? Here is what I suggest to settle the extermination dilemma: in early spring, gather young, soft and juicy knotweed shoots. The best option are extremely young and pink shoots you can gather immediately after they pop out of the ground. Peel them and cut them into pieces. Do not use the leaves; they are bitter. Put the shoots into a pan and add some fruit or wine vinegar. Add salt and bring to a boil. Cook for a short time, and then fill glass jars with the hot mixture, sealing them immediately. Pickled shoots taste much like pickled beetroot, especially if you add a bit of sugar during the preparation.