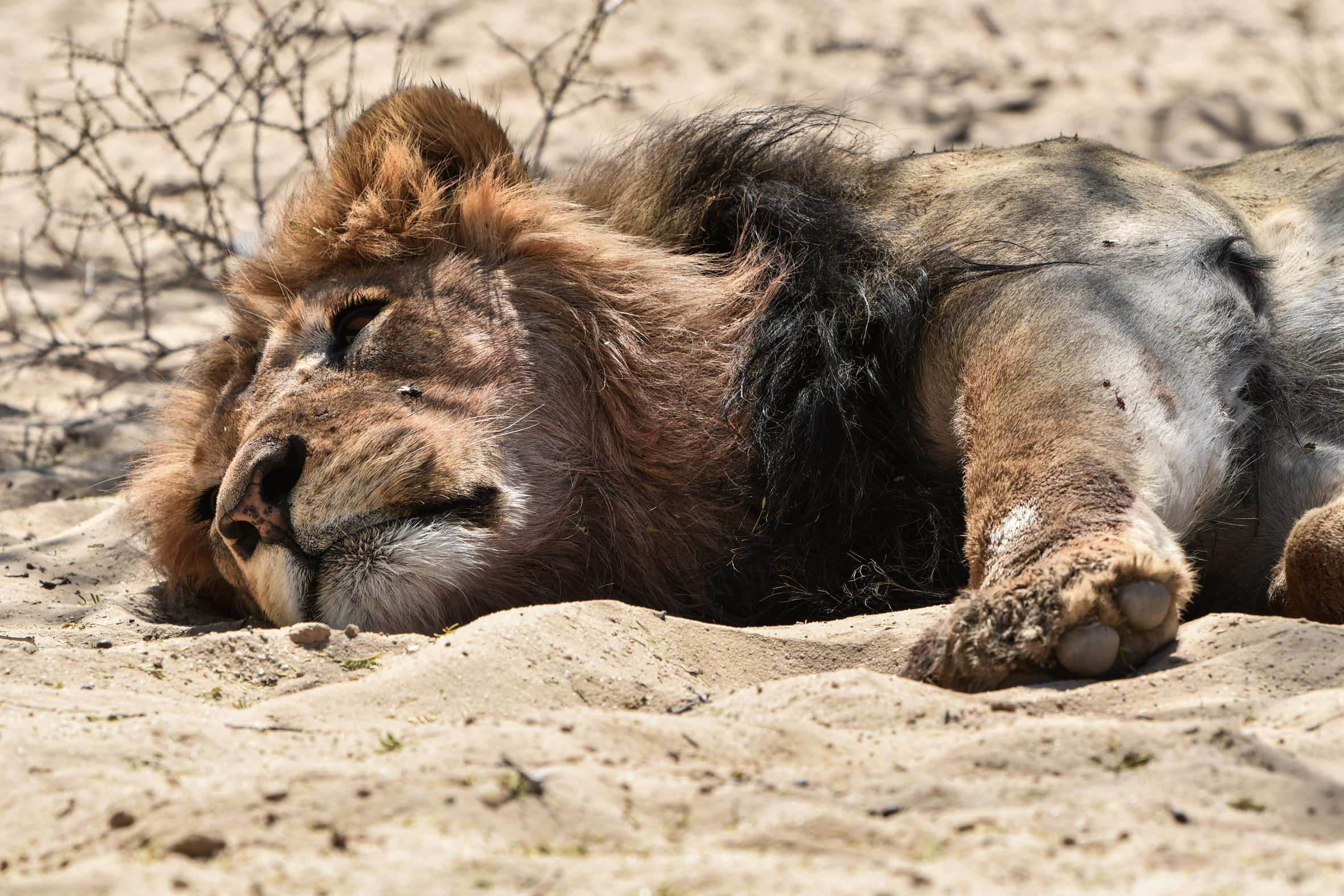 Even though there are better known and also more accessible national parks in South Africa, such as the Kruger National Park in the Republic of South Africa (the RSA), the Etosha National Park in Namibia, or Camp Savuti in Botswana, the Kgalagadi Transfrontier Park in the RSA (the smaller part of the park) and in Botswana (the larger part of it) is definitely something special. Covering the southern part of the Kalahari Desert, it mostly extends over dry savannah with an average of only 200 mm of rain per year. In addition, Kgalagadi is also one of the largest African parks, extending over a surface nearly twice the size of Slovenia (38,000 km2). The visual image of the park is characterised by parallel reddish dunes covered in grass and small bushes; truth be told, however, they cannot be found in the entire park. The other landscape type is represented by dry riverbeds, salt flats, and individual trees, particularly various acacia trees resistant to extremely dry conditions. As of recently, the park can also be accessed from Namibia. Even though the park itself does not extend to Namibia, it is definitely easier to enter the park from that side than to try accessing it from Botswana or from a particularly remote north-western part of the Republic of South Africa. The Kgalagadi Transfrontier Park is a vast surface, the Botswanian side of which can only be driven through in its entirety with a reliable SUV; compared to the South African side, the infrastructure is also underdeveloped here. The border between both sides of the park runs through the dry riverbed of the intermittently flowing Nossob River and touches the border with Namibia in the north.

Unlike the aforementioned parks, you will not be seeing large herds of animals in Kgalagadi: even artificially created water basins don't attract many of them. In addition, the “Big Five” game are also missing two members in Kgalagadi, the elephant and the Cape buffalo, since there simply isn't enough water for them. Animals living in the park have adapted to drought conditions lasting for most of the year. Besides, the rule that you can see the largest number of animals early in the morning or late in the afternoon absolutely doesn’t apply to this park.

However, Kgalagadi is known for its large cats, especially lions. Their black mane is what separates the Kalahari lions from all other lion species. There are supposedly between 400 and 500 of them in the park, which is not much for such a large area; however, we must understand that individual prides or even solitary lions can take over a huge territory, extending over up to 5,000 km2 in certain parts of the park with less food. For comparison: this is a surface nearly ten times larger than the average territory of a pride of lions. Another characteristic of the Kgalagadi is a much smaller number of lionesses than elsewhere in Africa, which is why male lions often live alone or form same-sex couples or trios. Solitary lions are also obliged to chase on their own, which is not actually common in other lion prides throughout Africa, being as lionesses usually deal with most of the hunting. Another reason for the fact that there are more lions than lionesses in Kgalagadi is that more lion cubs are born. Later, alpha males force numerous young males to leave their pride; due to lack of food or the fact that they must chase their own prey themselves, many of them fail to survive. Since Kgalagadi is an open landscape with few trees, it’s much easier to see other big cats such as cheetahs, desert lynx or even leopards.

During the two and a half days we spent roaming around the South African part of the park, my wife and I were relatively lucky since we only failed to spot a leopard; we did, however, get to see the biggest African troublemaker – the honey badger, a rather smug and fearless creature that even kings of beasts respect. Part of this respect is definitely the consequence of the honey badger’s scent gland secreting a stink nobody would like to go up against.

Due to its size, Kgalagadi is without a doubt a very special park. You can drive for a couple of hours and only see ostriches, a couple of springboks, oryxes, gnus and a jackal or two. And then, all of a sudden, a desert lynx which is an extremely rare sight anywhere else in Africa crosses your path; or maybe you’ll see a cheetah climbing a tree, which is not a common behaviour of this cat elsewhere in Africa. Another proof of just how special Kgalagadi is: reddish dunes and the special African light just add more charm to it.

There is one other advantage that Kgalagadi has over numerous other African parks: since there aren't many people there, you’ll be able to enjoy watching animals and taking photos of them completely alone. 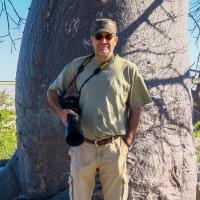