Memories of the North

For me, an ideal vacation is spending time surrounded by nature. Even though we’re in the middle of summer, the seaside just doesn’t do it for me. Unless we’re talking about a seaside somewhere up north ?. Add to it a forest, mountains, and the light of the northern exposures, and my heart fills up with joy.

This is exactly what I felt when we were wandering around Sweden. I still feel a spark of joy as I think back to 2013 and to this country with even more forests than we have in Slovenia.

The midnight sun is obviously intrinsically linked to mosquitoes: at times, I even felt as though mosquitoes are the greatest keepers of these exceptionally well-protected areas. There were places where taking photographs was virtually impossible: wrapped up like a ninja or covered with a mosquito net, I tried to persist up to a certain point by trying to convince myself that this was completely okay, and that this might be the fee I was “paying” in order to enjoy such immensely beautiful views. After all, one can always escape to the safety of one’s car afterwards. ?

These days, I keep thinking about the landscape surrounding Stekenjokk. Maybe it's because I’m heading up north again. Stekenjokk is a part of the “Wilderness Trail” or “Vildmarksvägen” which is frequently associated with Alaska in numerous guidebooks. And it's true that you can find a portion of its soul in this open, wild landscape …

Stane and I took advantage of our first stop to familiarise ourselves with the landscape: clear views, dramatic skies and rainbows were within our reach, and we felt happier than we’d been in a long time. We were trying to find colour contrasts, interestingly shaped clouds in the sky, and mountains reflecting themselves in lakes. All the beauty was making me crazy, which is hardly unusual for me. ? Once we had slipped on our boots and headed over the somewhat marshier landscape, we discovered other ornithological pearls and beautiful flora. I was so happy. I could have stayed there for an entire week to hang out with willow ptarmigans, common ringed plovers, unforgettable sunsets and sunrises, and all the wonderful people we met who mostly came in RVs in order to photograph the beautiful views. Many of them have been coming here for ages, and it’s not hard for “birds of a feather” to find a common theme to discuss during the long, bright nights! 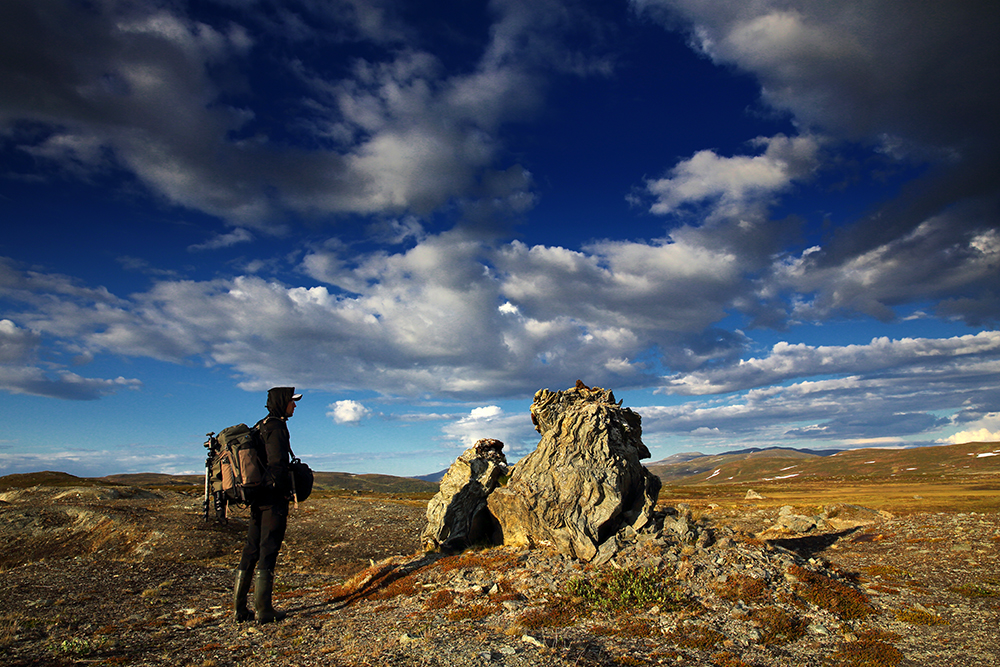 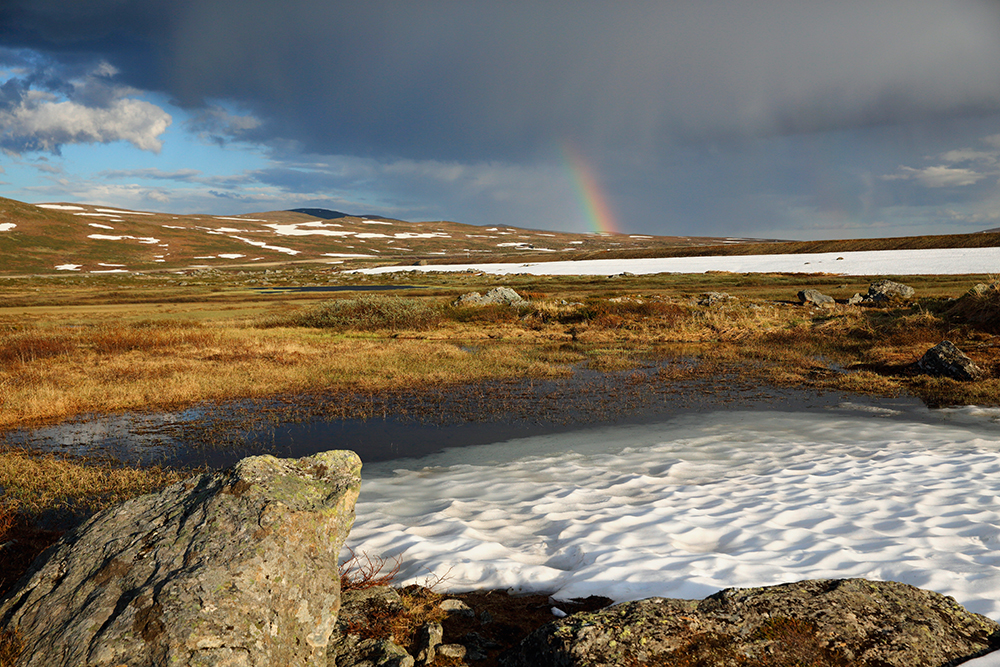 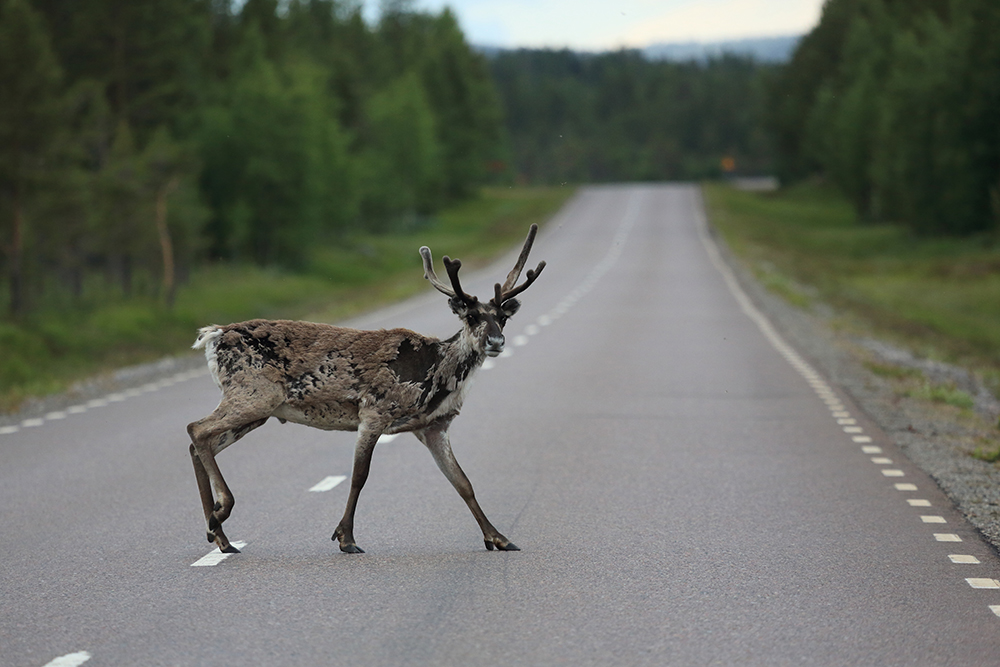 Well, we also enjoyed the company of birds. Due to its colour camouflage, it's actually really hard to spot a willow ptarmigan. One really has to look closely to discern it from its surroundings, especially where the landscape is still partly covered in snow. It only moves when you're standing almost next to it, and that's when you see it… Since we skulked around, waited, and sat almost without moving, we were also awarded with extraordinary moments of watching these birds. A common ringed plover was jumping on pebbles all around us, until it suddenly became clear that he also had a nest there; actually, the eggs were lying right on the ground and were blending in beautifully with the environment due to their camouflage colour! It obviously trusted us enough to squat on the nest, thus “unveiling” it for us. Without that, we could never have noticed it since the pebbles were of an almost identical colour. 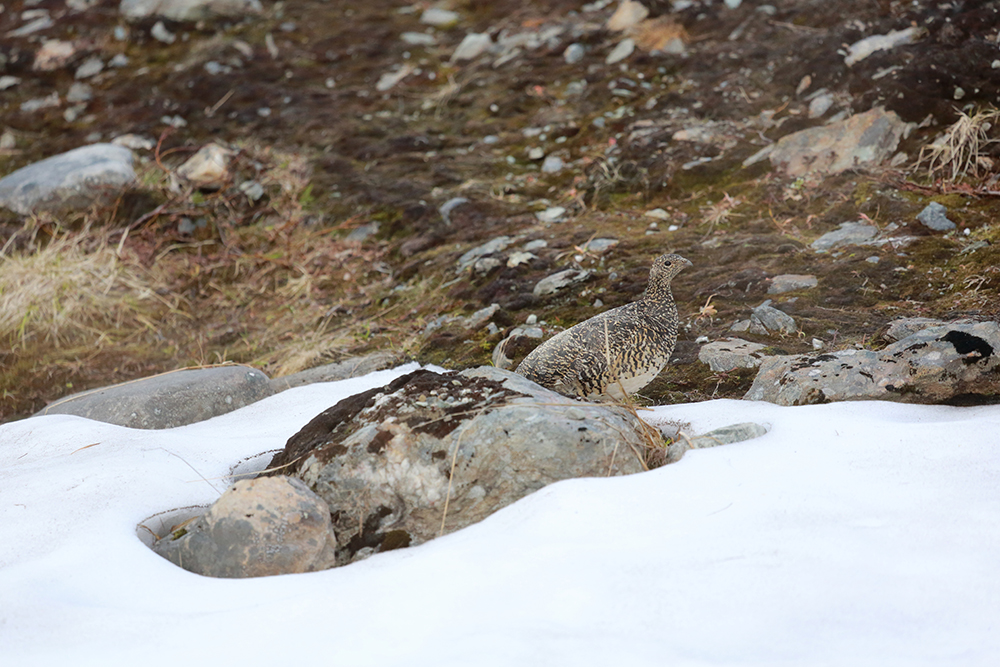 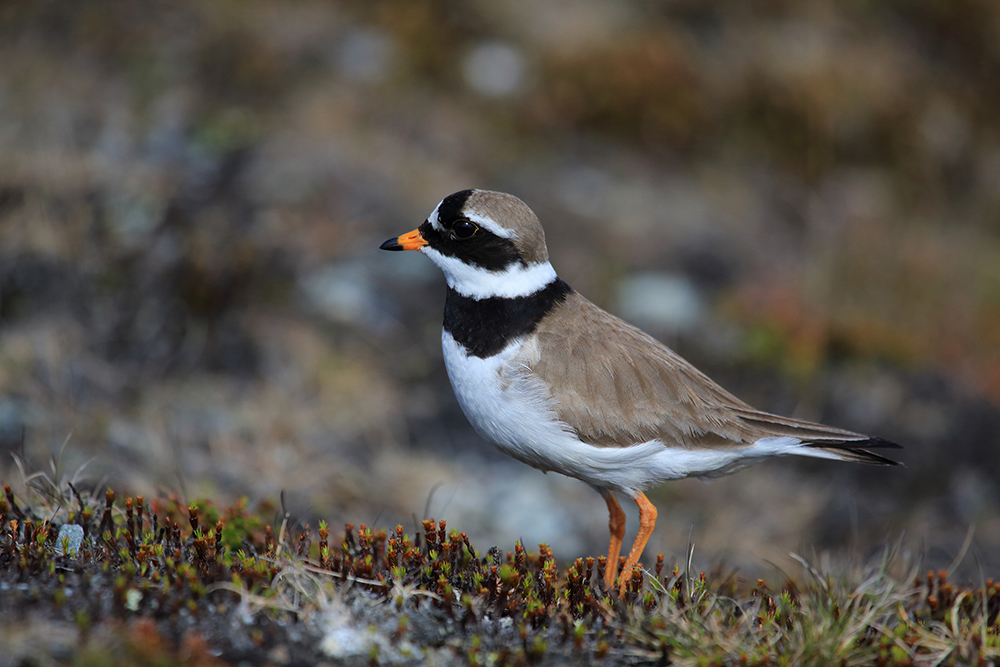 Of course, we couldn’t miss the classic stop close to Gäddede, next to the Hellingsåfjället waterfall: one of the most beautiful waterfalls in Sweden, it is located in a canyon of about 800m in length, whereas the waterfall itself boasts an imposing drop length of 43m. Roaring water sprays around a feeling of freshness, but at the same time, you're surrounded by mosquitoes. As I crouched down to take a photo of orchids, a swarm of mosquitoes transposed me further away. They really are guardians, no doubt about it. 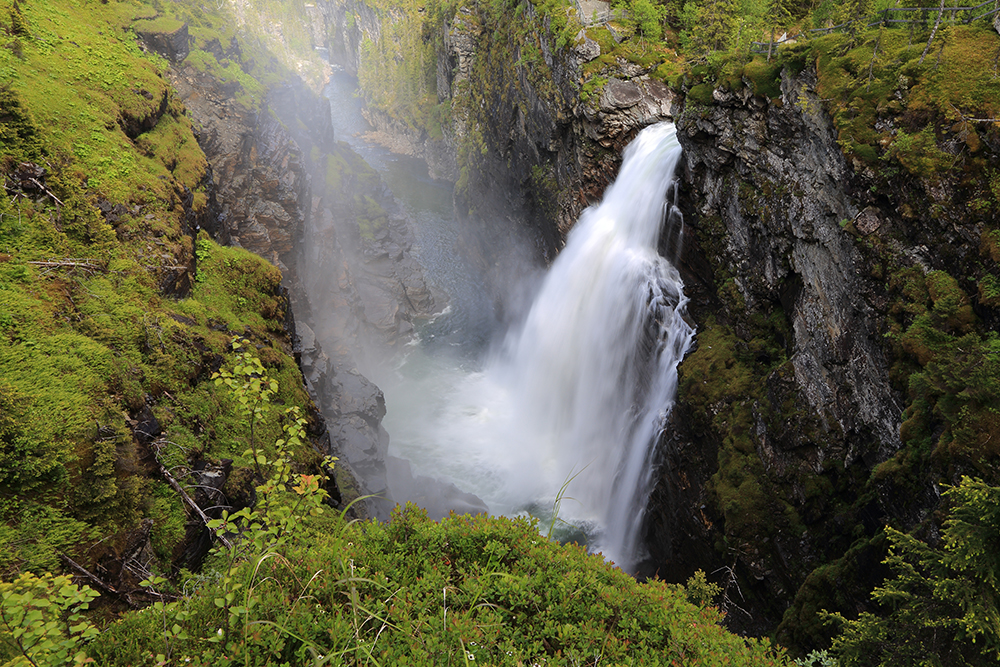 But when you're staring at the evening dawn lasting for hours during the period of the midnight sun, and when the amazing light just doesn’t seem to fade, you’re suddenly caught in a carefree feeling, highlighted by the golden light, that seems to last forever.

This is just one of the reasons I love the North. Mosquitoes be damned! ?