In the school of taking it slow

Sometimes I feel like some animals can tell me much more than certain people. Well, actually, I often feel like that. Of course, I don’t discuss metaphysics with fish and crabs. The way I learn from them is by taking the time to observe their behaviour. Evolution made sure that every animal is an expert in something, and if I dedicate some time to it, each of them will sooner or later teach me something really clever.

In Mexico, for example, I had a lesson in the school of taking it slow, taught by Professor Whale Shark. I’d met him several times, both in the water and while we were sailing; a couple of times, he even paid us a visit when we were moored. Once, he spent an afternoon swimming around Calypso and I could get a really good look at him. Although whale sharks are big, they’re also extremely slow. When they try, they can swim with a speed of up to 5 km/h but otherwise, they move at a snail’s pace.

“Where should I be hurrying to?” they’d probably say if they knew how to.

As a matter of fact, where am I constantly hurrying to?

This was the lesson I learned that day; however, it wasn't until I started sailing across the ocean that I understood its real value. In such a situation, you can really go nuts if you're in a hurry. 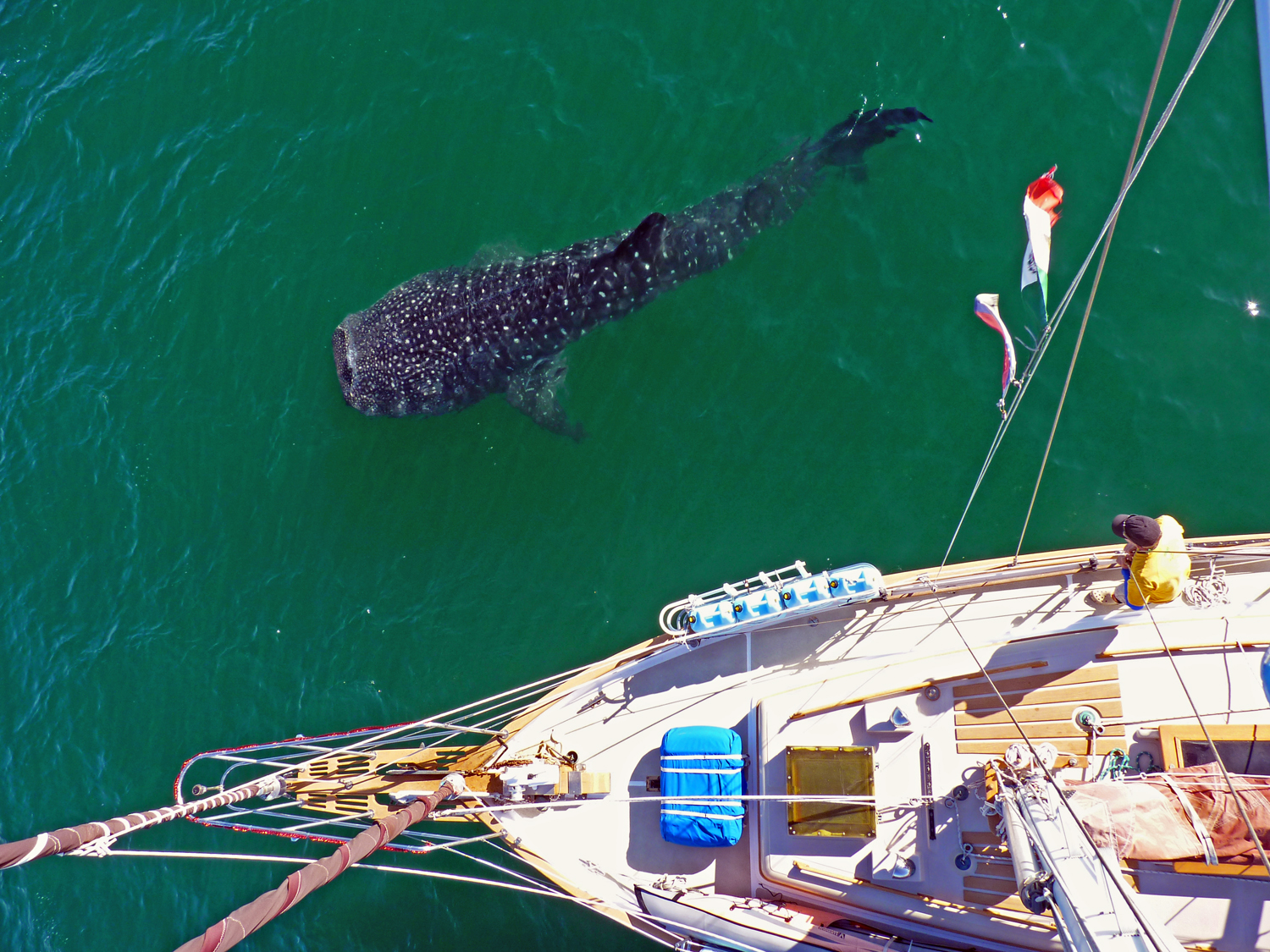 If this giant of the sea could really hold lessons, he’d make sure to first let the audience know that they should really stop calling him a “whale”.

He’d put his metaphorical foot down: “I’m not a whale, I’m a shark!”

A whale shark is the largest living species of fish in the world. It can grow to a size of up to 15 metres! Its huge mouth (with a diameter of nearly 2 metres) holds over three thousand teeth that are not dangerous for humans, however; this “gentle giant”, as some like to call him, only eats by filtering sea water. Otherwise, we don't really know much about whale sharks. Their mating process, for example, has never been documented before; a while ago, researchers found that the fish “babies” hatch out of their eggs while still in the womb. They found over 300 embryos in a gestating female, which led them to believe that whale sharks are one of the most fertile sharks in the world.

I love to think back on when I first met one of them. It was in the Sea of Cortez, precisely in La Paz. As soon as I saw him, I was in awe of his size. I didn’t dare to jump into the water immediately. With our ship’s boat, we trailed him for a while, moving closer and closer. When we were some 20 metres away, we turned off the engine so as not to scare or even hurt him. As the whale shark swam by, I tried to take a good photo but failed miserably. We should have gone closer to him, but we didn't dare to.

The whale shark, obviously fed up with our hesitancy, then swam directly towards us. Shocked and surprised, we waited for it to take a turn. But he didn’t! Now, he was so close that I couldn’t even zoom in on him through my camera lens. He swam below us; suddenly, we felt completely helpless and extremely small in our dinghy. If he chose to resurface in that very moment, we’d immediately find ourselves on dry land, huddled on his back like two little owls on a branch. 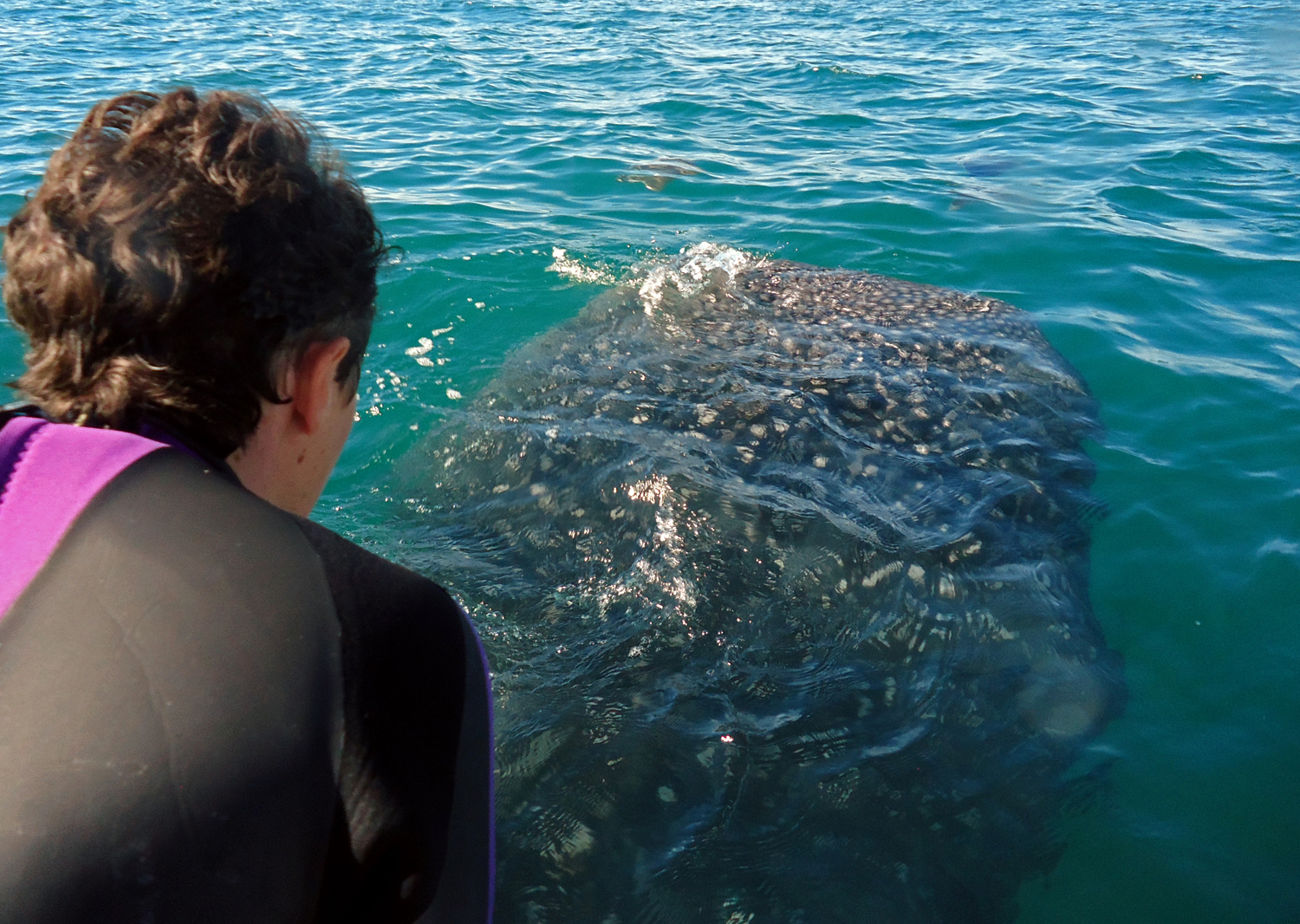 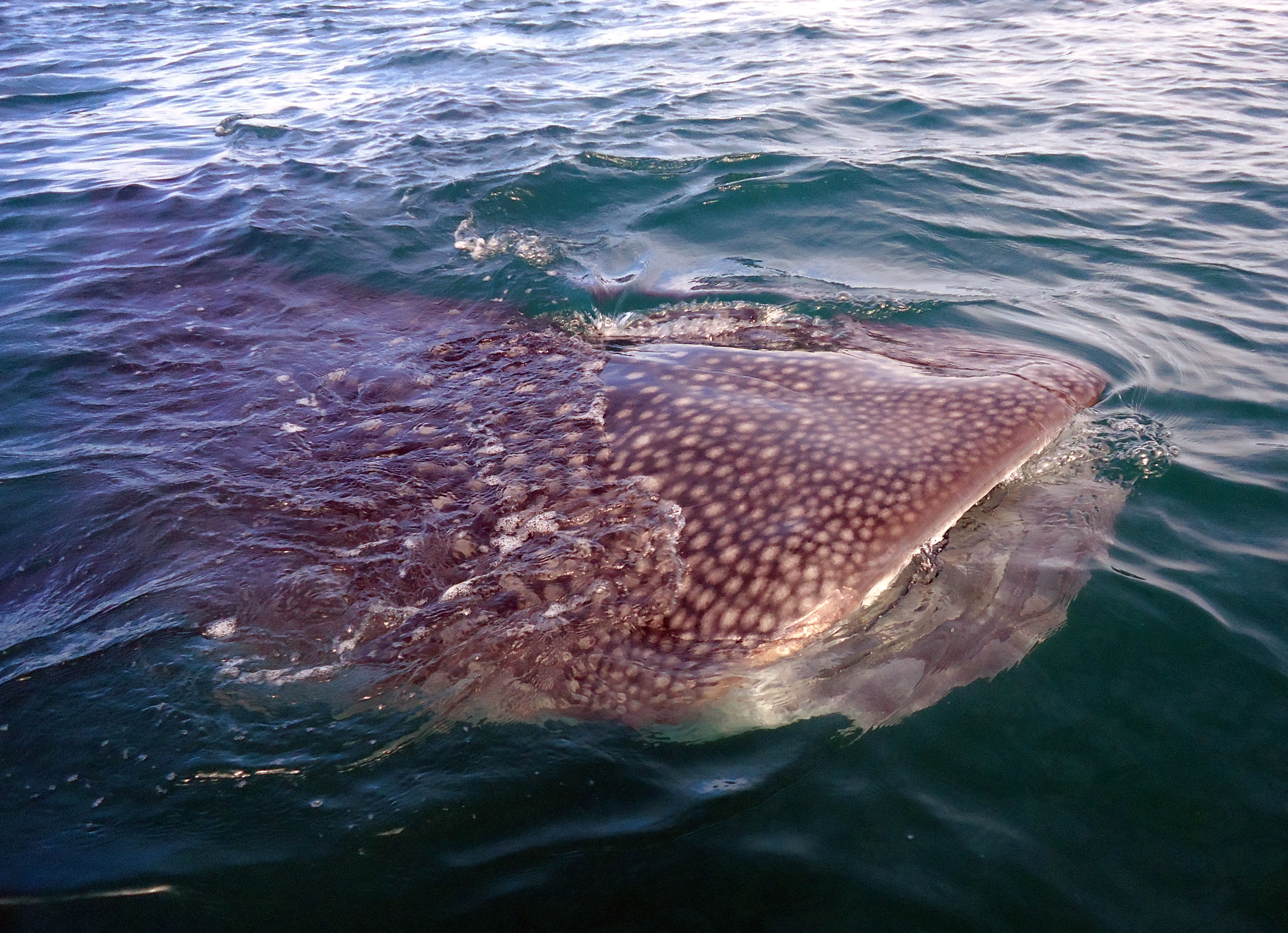 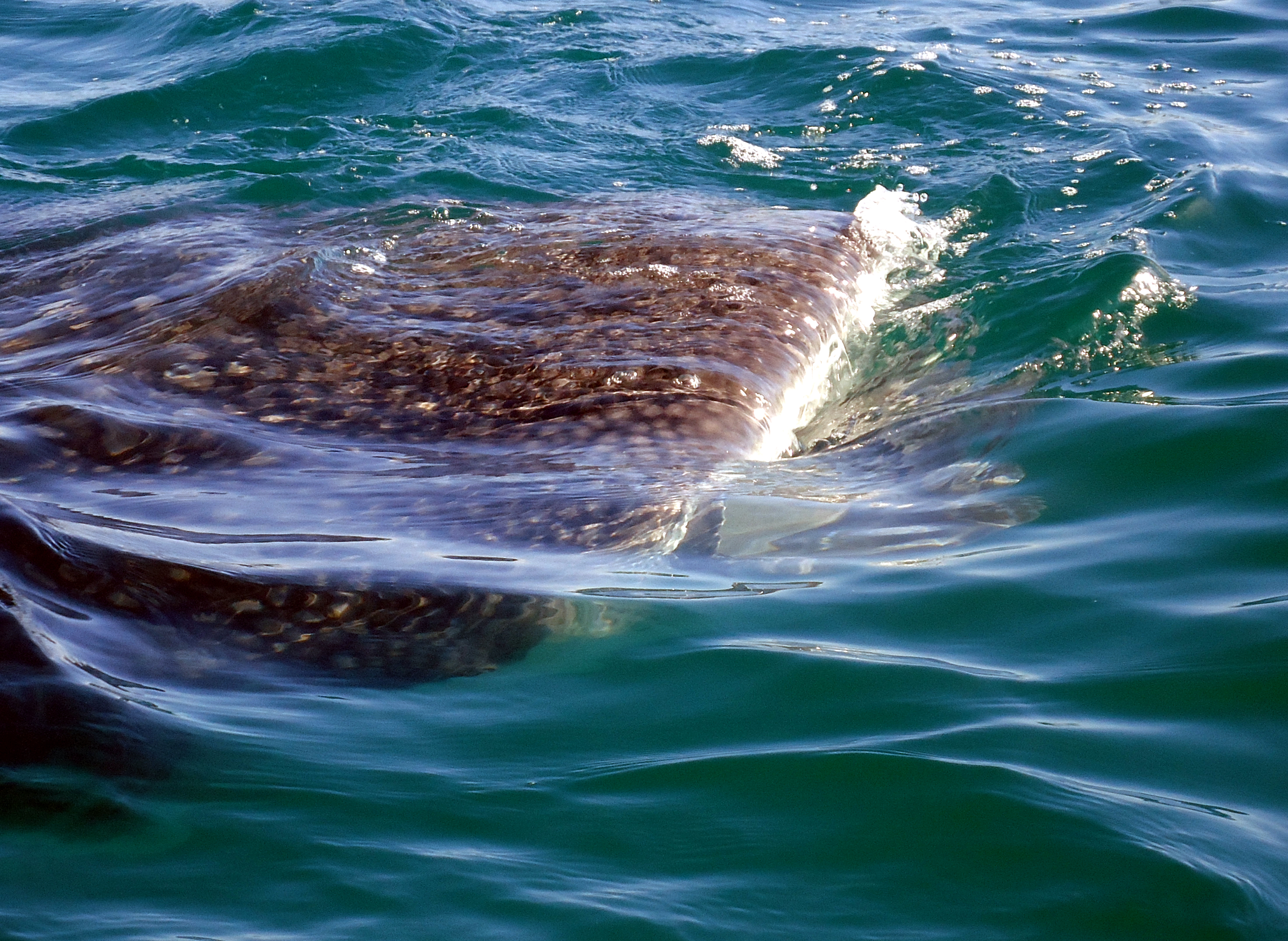 The giant took pity on us and continued swimming; as for me, I overcame my initial shock and jumped into the water, waiting for him to come back. Since the underwater visibility was extremely low, I nearly collided with him a couple of times since I saw him too late. Once, I even kicked him by accident; I still feel guilty about it. But he completely ignored me.

Or, who knows, maybe he didn't even notice me in the first place ...