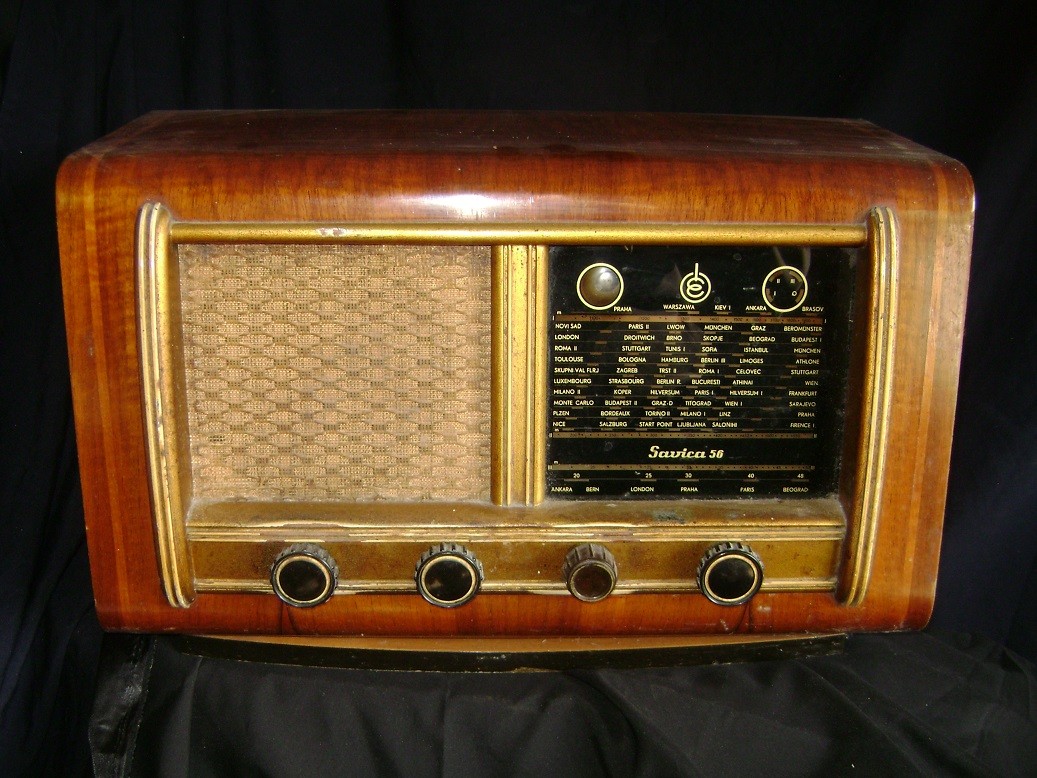 On that day, my Ema and I visited her great-grandmother who would soon be turning 87. After the opening discussion of the weather and the menu, we happened to go back 60 years to discuss the way technology was treated at the time.

“Jože really wanted to buy a radio. We were young, and there were many other essentials we needed. But we were just so tempted by the idea of spending the long evenings listening to very limited radio content available... It was hard for us to scrape together the money. In the end, however, we decided to buy fabric to make a piece of clothing for each of us and two shirts, and we had enough fabric left to make some towels.

Still, the desire was nagging at the back of our minds. We succeeded in our second attempt. The choice of products back then was similar to none. Buying a radio meant buying a Savica. Through a loan we had acquired in the factory where we were working, we bought this technological marvel; as the loudspeakers crackled, we felt like the richest people in the world.”

Today, the situation is similar: the only difference is the fact that technology is rapidly changing our habits. Consumerism is reaching an all-time high, and the banks are more than happy to loan people money to make their purchases. Meanwhile, digital toys get obsolete after a year or two and stir absolutely no emotions in the meantime, like the box from the middle of the last century used to.

Digital profiling of internet users is based on the collection of data about their habits, interests, and activities. Online advertising is trying to bring back the idea of buying new products, visiting new places, and preparing dinner. By blindly following along, we transform into a bunch of ones and zeroes. Especially when it comes to zeroes, our life is very appropriately becoming – empty.

The digital vicious circle begins and ends with processing large quantities of data. Big Data. The Tesla V100 card produced by Nvidia with its 640 Tensor cores is currently one of the most powerful hardware components for artificial learning, capable of performing 112 TFLOPS operations and transferring 900 GB/s. Artificial learning algorithms try to provide answers to complex questions. Their capacities are reducing the limitations of their use. In every domain where a decision-making procedure can be implemented, the processing of numerous structured and unstructured input data may produce an answer.

Digital diagnostics in medicine are becoming increasingly accurate, taking into consideration blood analyses, experience with other patients, efficacy of medical products, and numerous other sources. Most of all, however, they are fast, meaning that the treatment process can begin as soon as possible.

For years, weather forecasting has been dependent on the processing of models which are now becoming inaccurate due to climate change. The optimisation of these models is prepared through the capture of increasingly important quantities of input data, processed on supercomputers with logarithmically increasing capacities. An example of a supercomputer is the one used by the company Kolektor to simulate liquid circulation.

Through Moore’s law, the guidelines indicating further development are quite clear. Faster, bigger, cheaper. In this era of digital transformation, human creativity is something we must work increasingly hard to achieve. Predicting the future through a crystal ball will be replaced by the act of staring into the screen of a smartphone, seeking to answer the questions with the help of a big data repository hidden somewhere in the cloud. Regardless of all development, human beings still have the possibility of making decisions based on virtues that cannot be produced by a digital box: emotions and intuition. The feeling of happiness and excitement upon seeing the birth of a new day cannot be replaced by anything. Not even by the photo below.

I live an exciting quadrangle love-life with my family, my company and with the mountains. Top-quality gear and advanced technology follow me on my every step in life for decades. I seek answers on many questions in nature and it is here, where I find my true inner peace. The responsibility for my work fills me with a proud feeling of being useful to somebody. I love to follow and resolve questions on configuration advices, project performances, searching for causes of errors, etc. I gladly share all my experience with everybody that would like to hear them.