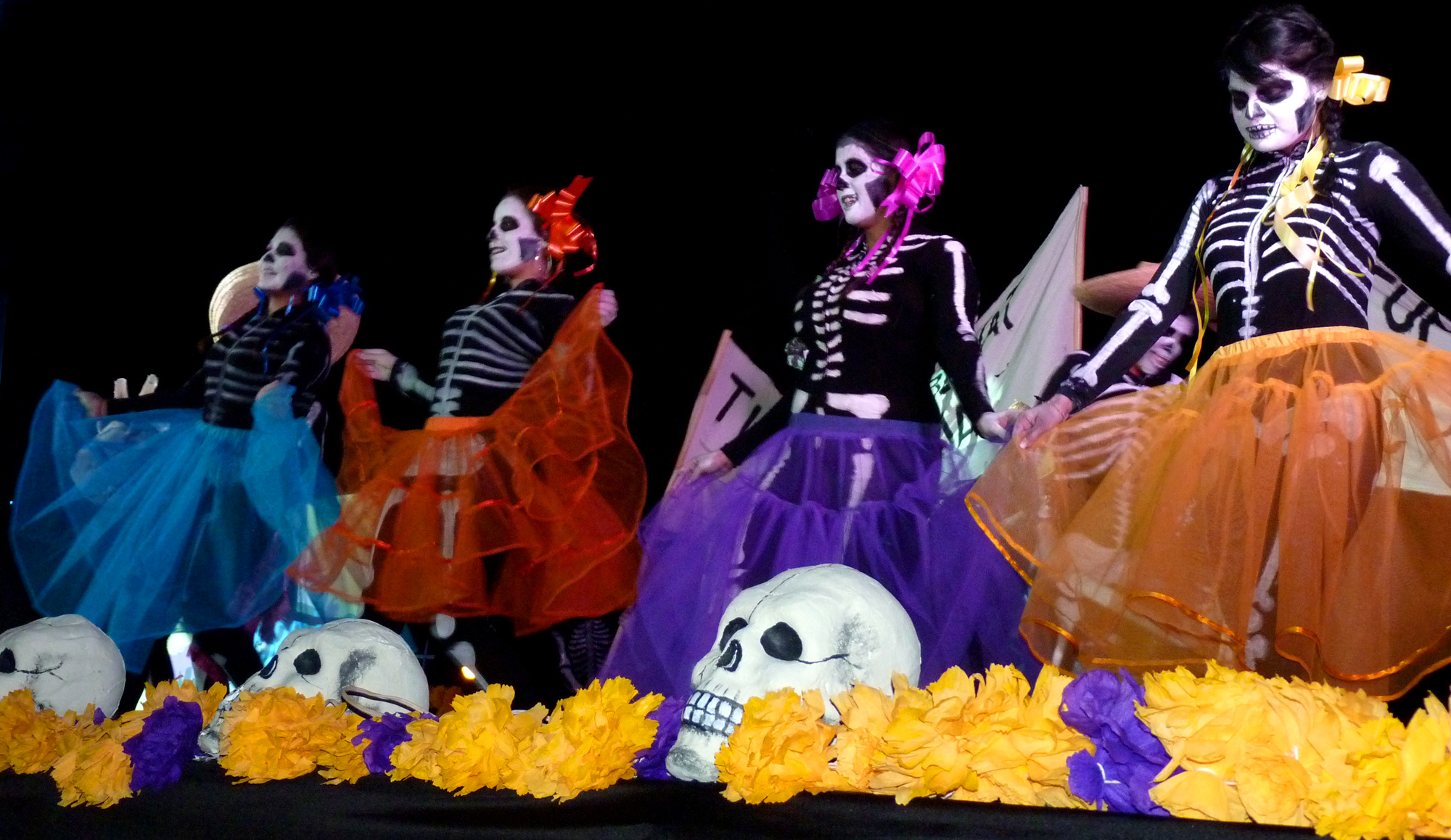 When I'm searching for ideas for the Hive, I usually start by browsing through photos. I'm looking for one that will inspire me or bring back a memory worth writing about. Today I clicked my way to Mexico and, to be exact, to a mass celebration parade. Mexicans are good at many things, but they especially excel in celebrations. Any occasion is appropriate for a fiesta, parades, music, dance and laughter. Just like in Brazil, they like the one-week Mardi Gras the most. However, costumes and parades are also a part of the Day of the Dead. Mexicans like to smile even on this day of sadness!

As befits a revolutionary nation, Mexico has several national holidays. They celebrate Constitution Day on 5 February, Cinco de Mayo on 5 May, Independence Day on 16 September and Mexican Revolution Day on 19 November. On these days, colours and music flood the streets of all the largest Mexican cities.

I attended one of these colourful parades in La Paz a few years back. Pupils and students were dressed in the colours of the national flag and performed more or less perfected choreographies headed by their teachers. They were followed by marching soldiers, sailors and firemen wearing their best uniforms. Of course, there were also majorettes throwing batons in the air and dancers twirling their colourful skirts.

The parade was never-ending. Karateka and boxers demonstrated punches, scouts wore backpacks, volleyball and football teams passed the ball around, athletes jumped over hurdles, horses carried women in wide skirts, marching bands played and rescue dogs barked. I dare say that the participants outnumbered the spectators. Naturally, Mexican flags were fluttering everywhere. The number of rifles was a bit (but not much) lower. Interestingly enough, I didn’t notice any men carrying them, they mostly rested on female shoulders as women of all ages represented so-called Adelita—the archetype of a woman revolutionary that not only cooked and provided care for the soldiers but also fought. Looking at young ladies holding rifles bigger than themselves I asked myself (as any qualified teacher would have) whether this was right or wrong.

We probably all agree that, in principle, children shouldn’t have firearms in their hands but at the same time I must admit that it’s easier for me to understand extreme patriotism in nations that had to fight for their freedom. I would certainly experience different feelings if I were watching a procession of armed children in Germany …

It seemed to me that I wasn’t the only one feeling that way as I noticed several passing American tourists who joined in on the euphoria, got lost in the colourful crowd and shouted wholeheartedly: