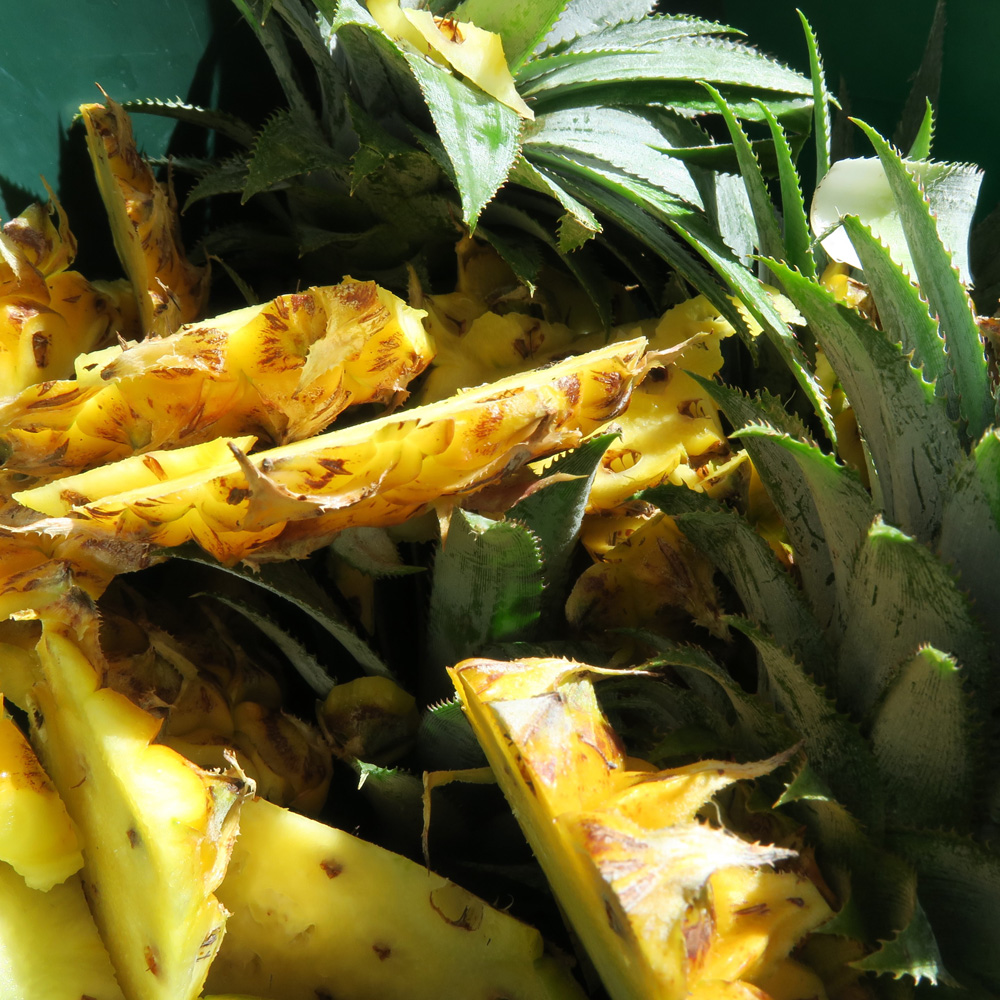 Several weeks ago I flew from Tonga to New Zealand for a so-called “visa run”. Sailors usually prefer to sail to another country and return several days later with a fresh stamp in their passports, but December is the middle of the Polynesian cyclone season so long passages are best avoided. That’s why I decided to fly to Auckland for a few days.

This was not my first visit to the land of the long white cloud, but nevertheless I enjoyed this trip as a little child. My soul is so extremely restless that wants to go on holiday even when long term traveling. Or maybe sailing for me is no longer traveling, maybe it has already become my ordinary life. 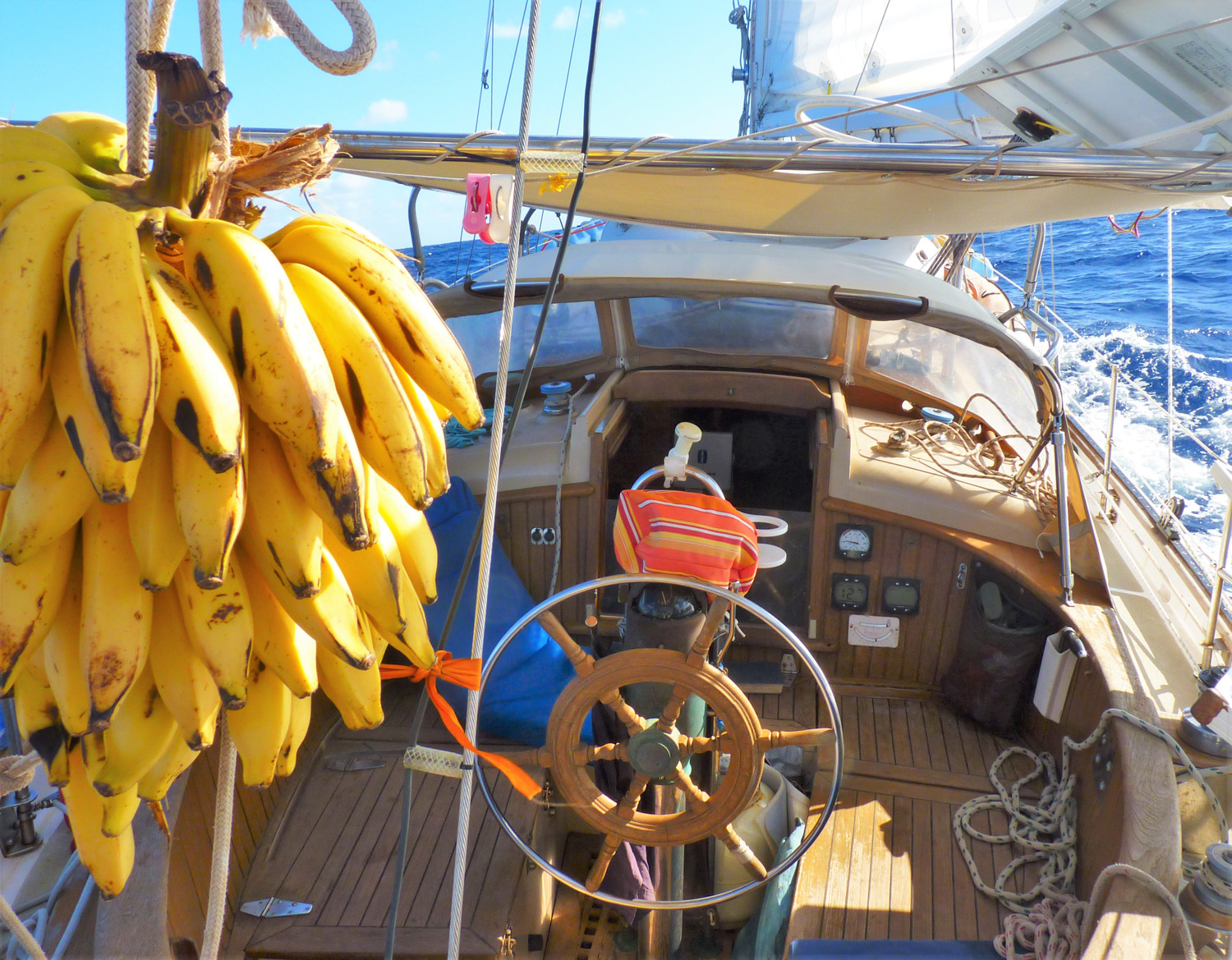 This is actually quite obvious when I think of what I do in the places where we stop. I don’t lie on the beach sunbathing, I don’t join tourist trips and don’t buy souvenirs. In the morning I visit the market for fruit and vegetables. I shop for bearings and brushes. I wait for the big container ship to bring me a package. I plod to the petrol station with an empty jerrycan. I search for a welder. I burn garbage. No, there's really not much holiday-ish stuff in my everyday life.

So Auckland was my vacation and it brought me much needed freshness. Every change is a vacation, they say (a coworker on a farm in Australia once told me: weeding after a long day of harvesting tomatoes is actually a holiday).

The first thing I bought in New Zealand was fruit. My readers often envy me the abundance of tropical fruit, but believe me when I tell you that in the last decade I have had quite enough bananas, pineapples and papayas to last me a lifetime. Don’t even get me started on coconuts ... 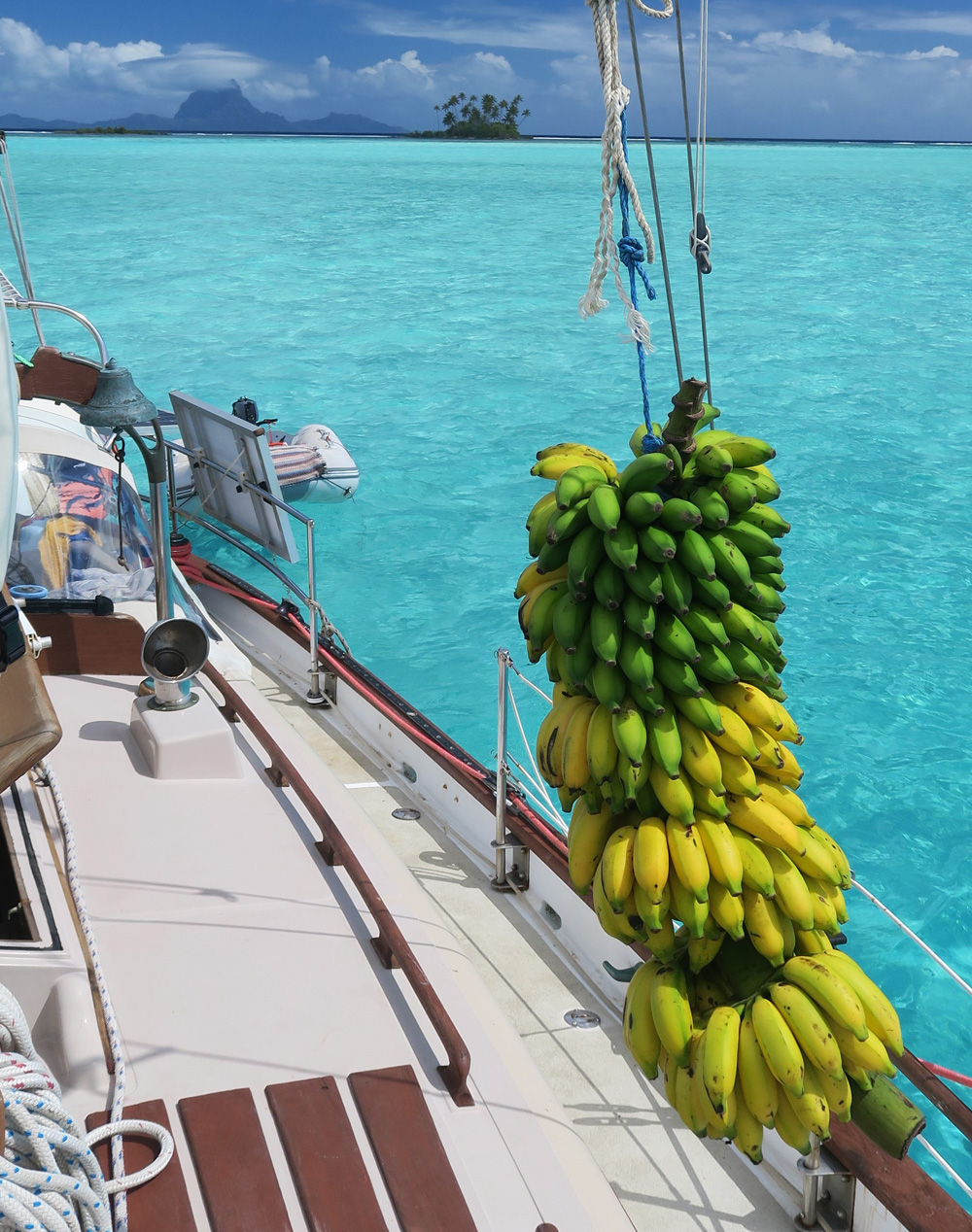 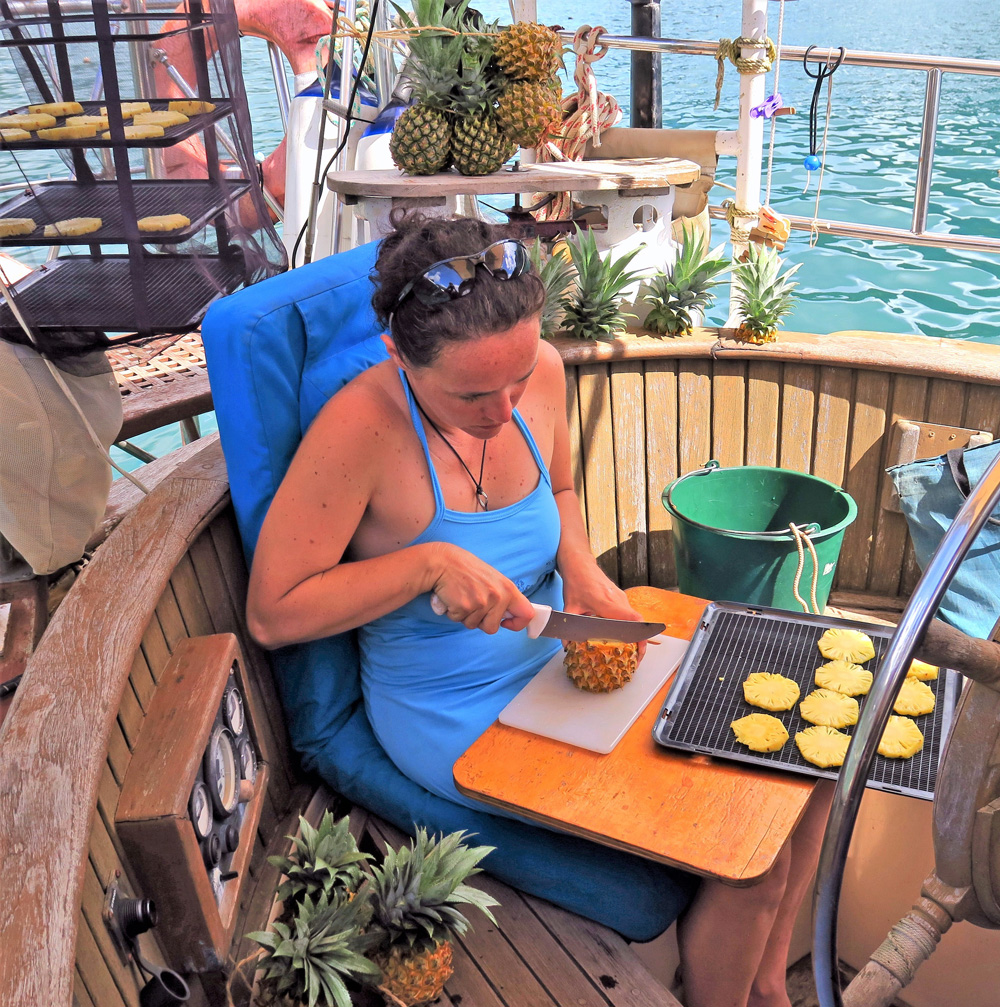 But at the farmers market in Auckland they had some types of fruit I did not see in a very long time. 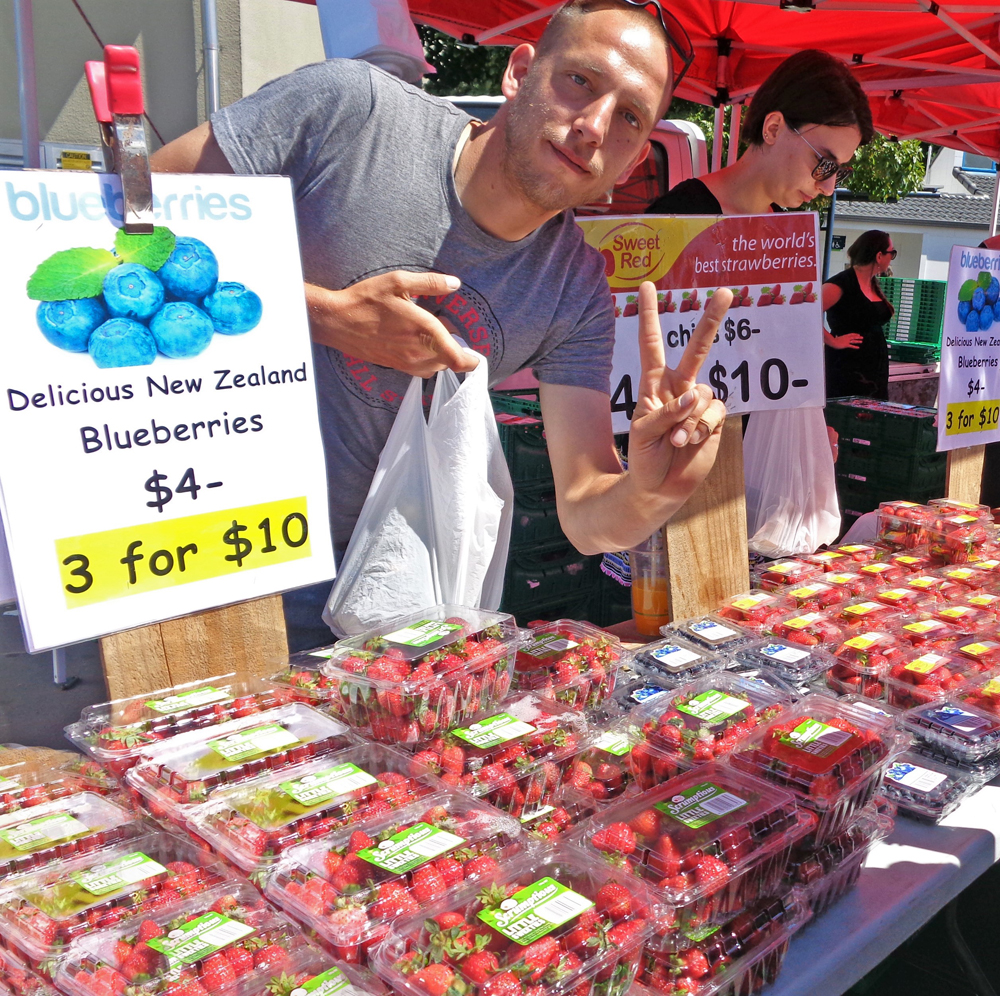 I was tasting, smelling and picking and finally decided to buy a big box of strawberries. They were soooo good! I invited a friend to sit with me on the beach Takapuna. We had a lovely chat while people watching and eating the juicy red berries. 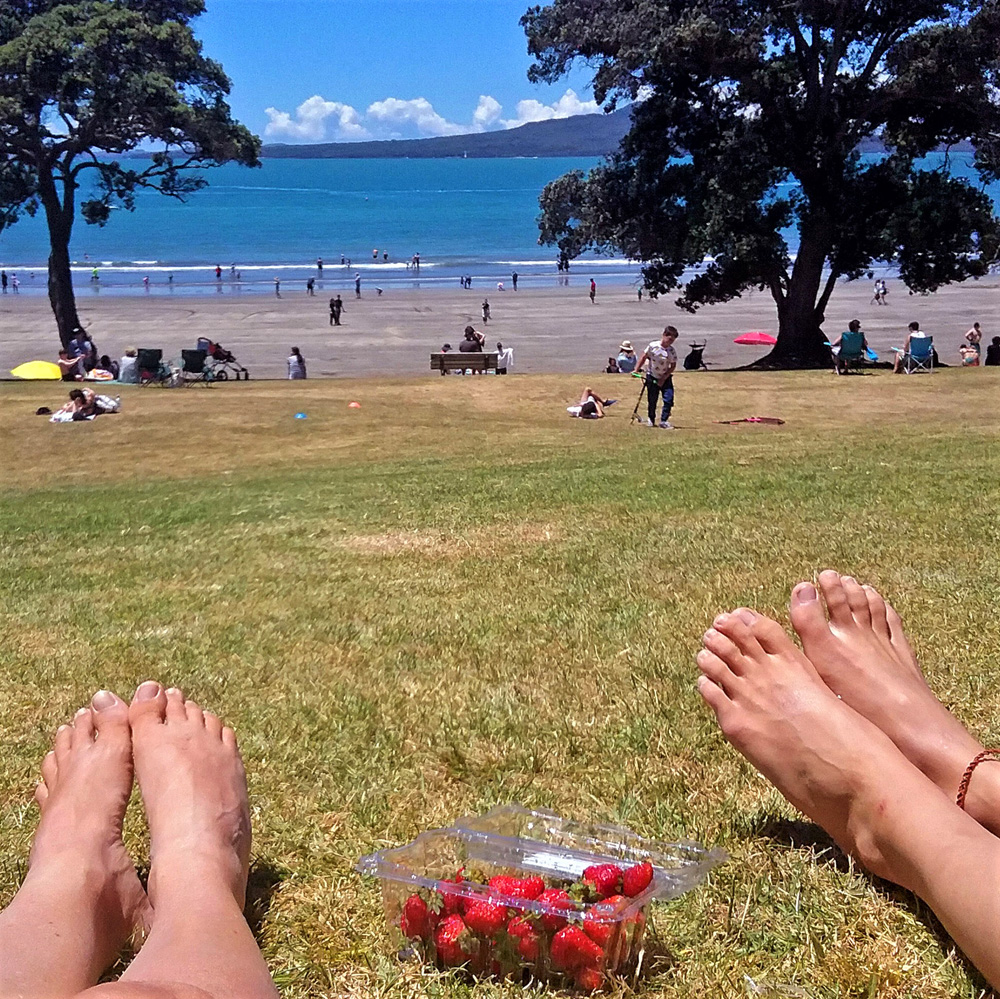 Three days later, I was back on the plane. I had some extra space in my suitcase, so on my way to the airport I stopped at a supermarket to get a few things which cannot be found in Tonga. At the airport in Nuku'alofa, a Tongan customs officer looked suspiciously at three plastic baskets in my luggage. He waited a few moments, then asked:

"These are cherries, these are strawberries and these are raspberries. R-a-s-p-b-e-r-r-i-e-s." I helped him fill out the form. He has never seen them before.

"Would you like to try one?" I smiled offering him cherries.

He chose the biggest one, took a moment to think about it and then shrugged his shoulders, unconvinced.

I took my treasure and walked off slightly offended. But maybe I shouldn’t blame him. The taste of cherries doesn’t mean anything to him. On the other hand, when I taste them, they immediately take me away.

They take me to my home in Sistiana, on the low roof by the kitchen terrace. When we were young, my sister and I spent many late spring afternoons on those warm roof tiles, where the neighbours’ big cherry tree offered us some shade and an excellent snack. We had a cherry tree in our garden too, but the grass is always greener on the other side. That is why, sometimes, mangoes from Tahiti seem fancier than pears from our mother's garden. 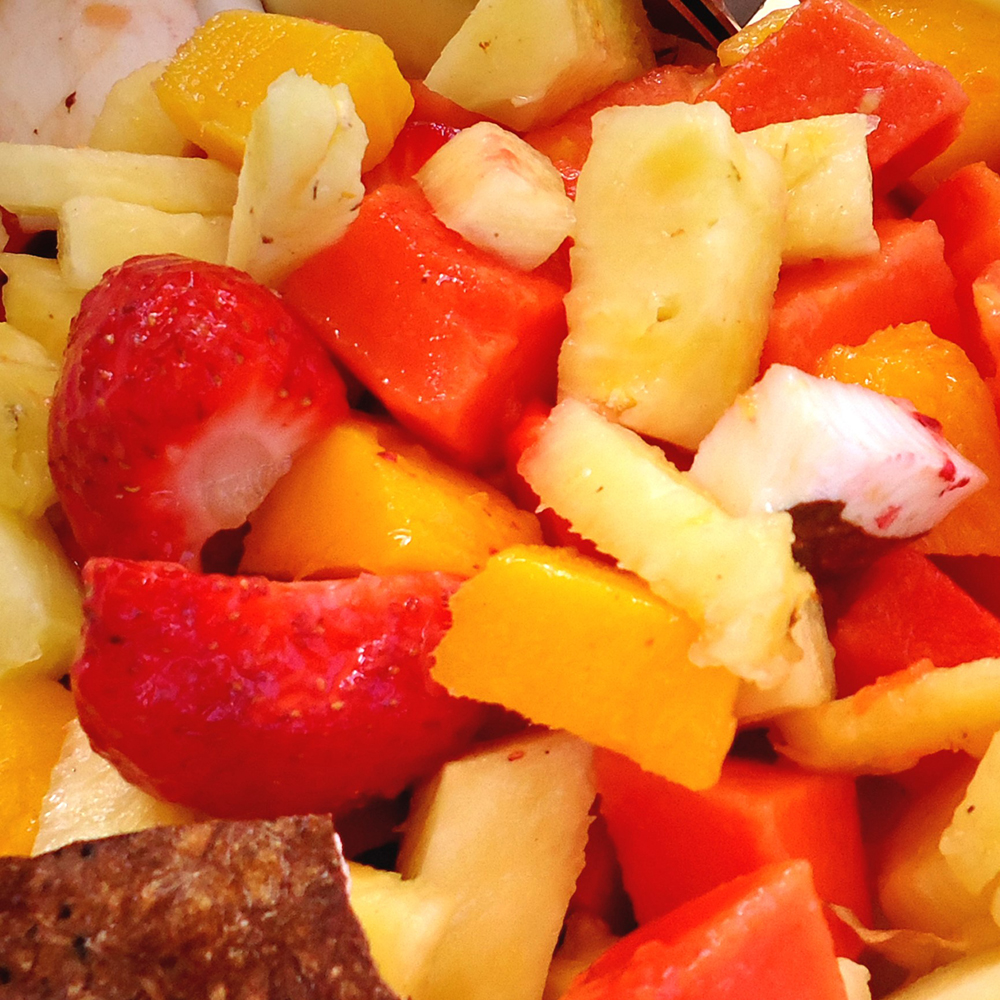 I cherished those cherries, strawberries and raspberries for many days. We ate the very last strawberry in a big tropical fruit salad, which was our Christmas lunch.