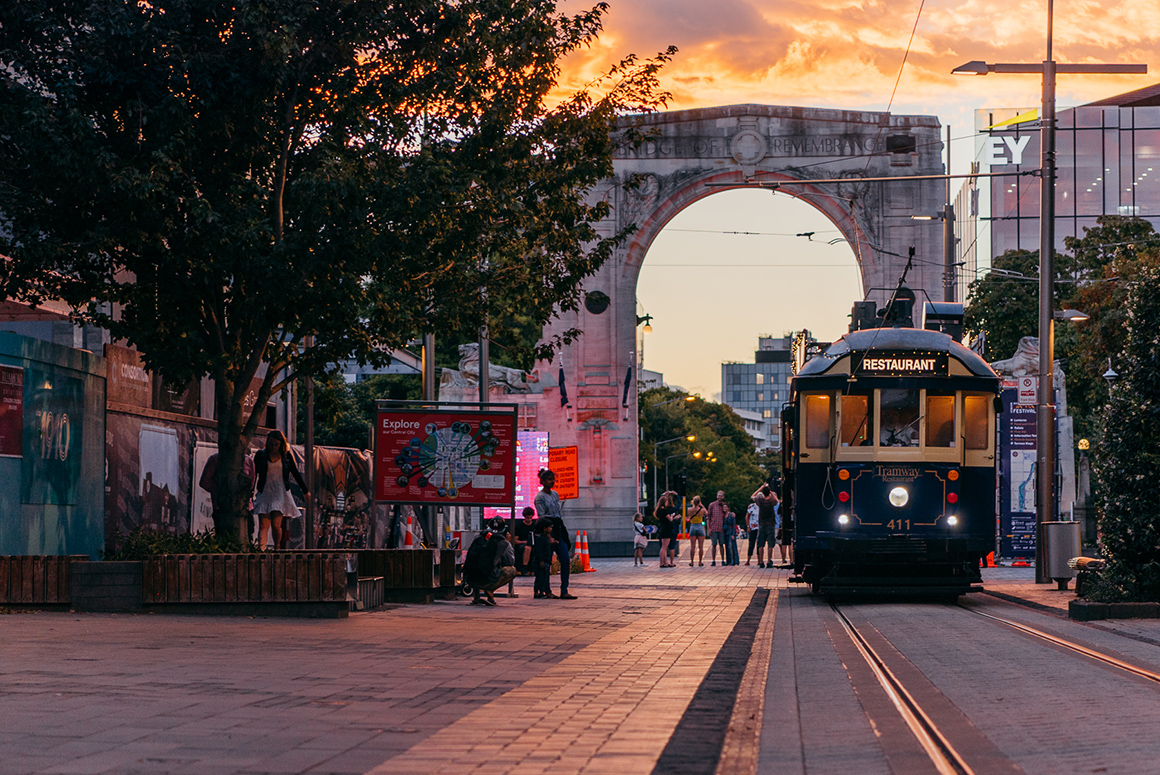 A Tale of Two Cities (in the 21st century)

You know the clichéd saying that “travelling is the only thing money can buy that actually makes you richer”, right? Personally, I don’t feel richer after my travels, which can also be proven by the hole they leave in my bank account. It is true, however, that many thoughts come to me while I’m travelling, feeding my soul and stirring up my analytical sense of thinking as I go along.

This time, my thoughts are coming from the other part of the world. My canyoning friends and I took a trip to New Zealand. But I’ll tell you more about the canyoning experiences we had there some other time, when it’s a little warmer outside. Today, I want to talk to you about an issue that is proving to be increasingly pertinent for society. I want to discuss how to redesign society in a sustainable manner. We’ll need to change both our habits and the cities we live in. Singapore and Christchurch are great examples of how to face the challenges of the 21st century in a unique way.

On the plane from Zurich to Singapore, I get goose bumps watching the following video:

And as we finally land in Singapore in the early morning hours, I’m a little impatient to see this revolutionary city. I take the subway which occasionally also comes out to the surface. Here, mighty regal roads are enabling high traffic throughput, while gigantic buildings provide space for people to live and work in. In 2017, the population density was 7,909 inhabitants per square kilometre (Ljubljana: 1,052).  It all seems spick and span. So much so, in fact, that it's actually quite disturbing. When it comes to public transport, everyone complies with the rules. On escalators, they move to the left, leaving the space at the right for people like me who hit the escalators running. I leave the subway and start heading towards Marina Sands Bay. Dozens of runners are taking care of their bodies before the working day begins. Later on, they’ll catch one of the means of public transport that’ll take them to one of many skyscrapers, leaving them to work until late at night.

In addition to traffic and communication infrastructure, such a city also needs a strategy to manage its natural resources. They’ve decided to use every single drop of water falling from the skies. All water must be reused endlessly. The next source: electricity. Singapore launched the first floating solar test bed in the world. In their strategic plan, the sun is listed as the main source of renewable energy. As late as 2018, however, they were still obtaining 95% of their electricity from natural gas, according to the Internet. They’re aware that they cannot rely too much on renewable energy sources. As a consequence, they set a goal: in order to reduce the use of electricity until 2030, at least 80% of buildings will be given a Green Mark. In Singapore, people are looking far beyond into the future – plans for the buildings to be built in 50 years are being prepared today.

Waste regulation is a story of its own. Every year, this city state produces seven and a half million tonnes of waste. 60% of such waste is recycled; 38% is incinerated. The remaining 2% are represented by waste that is impossible to recycle: they are permanently deposited into the Semaku landfill whose capacities are ensured until 2035. Little by little, Singapore is launching initiatives and campaigns in order to reduce the amount of waste. The success of these actions will only be shown in a couple of years. If push comes to shove, they’ll be obliged to export their waste to other countries; the question remains whether they’ll be ready to accept Singapore’s waste and process/deposit it in a suitable manner.

In Singapore, I got to know the challenges brought about by the desire for sustainability in such a big city. All due respect goes to the engineers who believe in this city, trying with all their might to make it both more environmentally friendly and more habitable while taking into consideration such immense population density. But there was still something amiss in the back of my mind. Something didn’t feel right (to me).

The day after that, I arrived in Christchurch, the largest city on the South Island of New Zealand. A completely different picture emerged before my eyes. A tall building or two here and there, a couple of two-lane roads, and a lot of greenery. The historic tramway drives around the city; other than that, the main mode of public transport is the bus. Why is Christchurch so different? Why didn’t it succumb to the allures of sky-high buildings? Actually, it did, at least to an extent... but the series of earthquakes initiated in 2010 has left chaos in its wake.

The Kiwis were confronted with a difficult dilemma. They could either reduce Christchurch to rubble and build a new one elsewhere, or else begin rebuilding it in a radical manner. They have decided to rebuild the city in the same place, taking into consideration the findings in the field of earthquake-proof buildings, the natural hazards, and a sustainable way of life.

Due to significant seismic risk, they adopted legislation only allowing for the construction of skeletal multi-storey buildings reaching up to the height of five floors. Foundations at least 20 metres deep are required in all multi-storey buildings that must also be equipped with seismic dampers able to stand up to the next major earthquake. The skyline of Christchurch will therefore never be as breath-taking as that of Singapore.

Contrary to expectations, however, “Christchurch 2.0” doesn’t have any wide multi-lane roads. According to local authorities, daily migrations (especially by car) are entirely unnecessary in the 21st century and in the era of electronic communications. They deliberately didn’t widen the roads; they even narrowed them, thus leaving more space for bicycle lanes and means of public transport. The main purpose of this strategy is to reduce the carbon footprint in the city.

80% of the electrical energy of Christchurch is obtained through renewable sources (hydroelectric power plants, geothermal energy, the wind). Speaking of ecology, here’s an interesting piece of information: 90% of raw materials used for the construction of new buildings were sourced from recycled ruins. Unfortunately, the country isn't so green when it comes to waste – they only recycle 28% of it, leaving the rest to end up in landfills. Solving this issue is becoming increasingly problematic in the land of the Kiwis. They’re slowly becoming aware that it is time to change the mindset, or else risk losing their reputation of a “green” country.

Upon comparison of the two cities, it’s plain to see that they’ve both grabbed the bull by the horns in a totally different manner. Singapore is growing quickly, aiming at progress in accordance with the spirit of capitalism. But such growth requires a high GDP; it is not surprising that the motto of the city is “innovate or die”. Town elders in Christchurch, however, are strategically expanding the city at a slow pace, making sure that the situation is easy to control at every turn. People in this city seemed more satisfied. It seemed as if they still had a life, not only a job, which tips the scale in favour of Christchurch in my book. How about you? Which city would you choose?