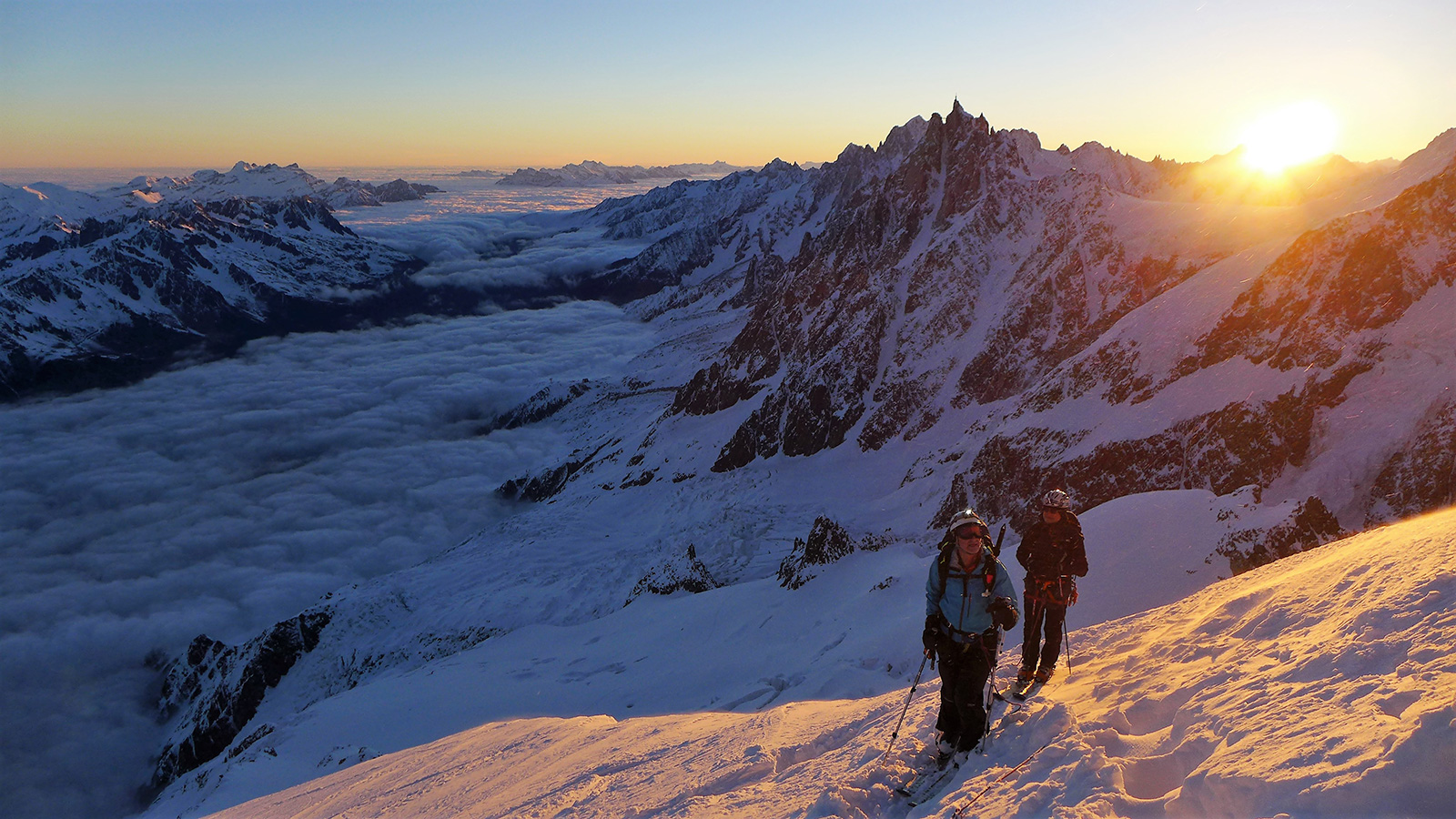 But, just before that, I will witness a most primitive, “hyper” consumeristic scene, which you cannot even dare to imagine. A mass of people, which are mostly from East Europe, will flock with their ski poles to the photography stands, buy cheap trinkets, if possible even drag along their small children, which will faint because of the high altitude there. They will go see the Ice palace with the ice figurines, Alpine sensation, Snow fun park, maybe even go to dinner in a Indian restaurant called Bollywood. The young usually drive the train to a corner to drink a cup of coffee and swipe on their phones up and down, whilst waiting for another train to arrive, which will take them down again. What’s most important, they were up on Jungfraujoch – Top of  Europe, as the Swiss named this whole bizarre story.

The beginning is a real monument to the human eccentrics. Adolf Guyer Zeller, a successful businessman thought up to make a train running through the Eiger up to Junfraujoch. A crazy idea, which in these days would never even be considered. After 16 years of work, digging through the Eiger, in 1912, long after Guyer’s death, they dug up a 3442 m high passage to the Jungfraujoch Saddle. There, in the next few years, grew a monumental building, in which now, apart from research work and the observatory, exist these bizarre shops and stores. This marketing strategic doesn’t have to do anything with the real world considering the Swiss mountain tradition they have, so they could have thought up a better name for all of it. Oh well, at least when you type in Google “Top of Europe” you only get the Jungfraujoch searches. Even though it is the highest train in Europe, the highest newspaper stand or even the highest mailbox for all I care, you can buy meaningless trinkets as a reminder of this nonsense – that doesn’t deserve this name!

And what is even Top of Europe? Which is the highest peak of them all? Before the Soviet Union fell apart, the biggest mountain in Europe was Mont Blanc, but after the Russians marched into Europe and beat Elbrus, the highest mountain in Russia and the Caucasus, the geographers are still debating, is actually the border between Europe and Asia. Some claim that the border stretches more north from the Caucasus, some that it is deeper at the valley, where Elbrus is present. Well, it is a long way there, there on the east side of Europe somewhere, so some think that is doesn’t deserve the title it has. On the other side, Mont Blanc lies very well in the center of Europe, on the border of France and Italy to be precise. With its 4810 m it is the highest mountain in the Alps and interestingly, the 11th highest top of the world with its relative height, not considering its many side peaks. And so it is, if you drive all the way through the valley of the River Arve to Chamonix, the view of Mont Blanc from the place Sallanches, which is 400 m above sea level, mildly said: It looks magnificent! It is from that very valley the view takes your breath away – higher, than if you go from the basecamp to the peak of Mount Everest. The ascent on Mont Blanc is also harder or more complicated than on Elbrus. It has steeper snow fields and much harder to overcome glaciers, which fight off the access to the top. On the other hand, Elbrus offers real climbing experience, a flight with an airplane, the help of local agencies and more complex language barriers.

At the end of the turning season

Both enemies alike have been my end destinations for the turning seasons in May. With Mont Blanc I use to ski there at least once a year, and with the biggest of pleasure, since you almost have no comparison when turning in Europe. This year I got stuck in a long time. With my friends Zvone and Dragan we got used to the region around Monte Rosa in quite the bad weather conditions, because the biggest tops of the mountains were inaccessible, but we did sleep quite high. This always helps before ascending on Mont Blanc. I can’t help but to tell about the dinner in the cabin Gnifetti beneath Monte Rosa, which I could name as a “gathering by yota and bean stew” which I wrote about some time ago. I am used to good service in this cabin was something else; I was very satisfied with this particular cabin, with a 3647 m altitude, to say at least. The appetizer was baked prawns, followed by fennel cream soup. “Ugh, it was so delicious”, we though while eating at least 2 portions of it. After followed delicious spinach lasagna. They put out the whole baking tray in front of us 3, which was meant for at least for 6 people, and we said “Yum” and left nothing on our plates. And with a nice wine to go along the evening was perfect. A small sugary sweet to go at the end - but they suppressed us with another dish, a delicious baked lamb tagliata, baked on a bed of beetroot and potatoes and red sauerkraut to go along. I had to really pinch myself to see if I was dreaming. Are we in a hotel with 5 starts or a more than 200 year old cabin on the altitude of 3647 meters? And finally, at the end, a delicious desert, which didn’t consist of canned fruit, but a vanilla soufflé with ice cream and beautifully sliced up strawberries for decoration and a mint leaf on top. Even in the most expensive restaurants in the world, if you would get dishes like these, you would be very happy. And not to mistake, even for me, which loves the additional higher service than the average yota and baked beans, which you get used to in the cabins, this was total luxury. And it was a perfect end of a very tiring day of climbing!

Let me get back to Mont Blanc now: because of strong winds, after we ascended on the north side of Dôme du Goûter we still climbed on the top of Goûter (4309m) and skied down in perfectly deep snow back to the valley. Dôme du Goûter is a peak which is rather lucky and unlucky the same. On one hand the top from the official list no. 82 of the European 4000m mountains is just climbed over by most people in half an hour and they don’t look at it twice. On the other hand, it lies enough north-east from the top of Mont Blanc so that many tourists from Chamonix mistake it for the Mont Blanc top.

And at the very end of May there still waited Elbrus. I didn’t climb there for many years. This year I just managed to gather the right 7-man team to get going. A true small team of skiers and climbers, which were undertaking a rather more difficult climb than I normally would, with some additional smaller complications, bigger expenses than anticipated, but also a bigger satisfaction at the end of it all. From my 9 days away from home we were given everything. From strong winds, to a cold ascend to the top, a fantastic downward skiing in acclimatized conditions, to a relaxed laugh with a bunch of funny jokes. And in those days with bad weather we also had some time to lie around and do nothing. But in these modern days it is very rarely to get relaxation like this, be it in my circle of people or in others as well. But it should not be the case. You should have enough time to lie around and relax, because it is very health for the organism, much more than any recreation, superfoods or other things in this world.

The weather was more or less bad, and there were a few days when we could climb the tops –real luck. I was a bit taken aback by my Russian friend, who told me that Russian guides, who were amongst us, report that although it was snowing in the last few days, the wind carried that snow away and that the slopes were very icy. So we left our skies at some cliffs and made the ascend by foot. Later it turned out that we could have very well skied to the top. Just a few spots were a bit difficult because of the ice. I was on that top for at least 170-times, but most Russian still rather walk to it than ski.

All in all, we skied on the acclimatization rides quite smoothly for conditions in the end of May. A half ammeter of new snow on the 1000m high tops of the Alps is not something you get to experience every day, not even in winter.

We eve took a sightseeing trip to the main city of the Kabardino-Balkar Republic, Nalchik, which was a real surprise. A beautiful city with around 290.000 inhabitants, who are bathing in greenery and who also have the biggest park in Russia. And because most of us were not to Moscow, we took the opportunity and went to see the Kremelj and the Red market in our 10 hour long wait for the ride back. Really a sight to see I must say! I think, I will visit Russia next year again!